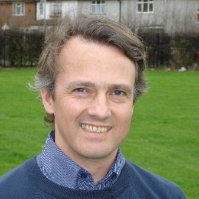 The International Humanist and Ethical Union (IHEU) is pleased to announce the appointment of Carl Blackburn to the new position of Chief Executive.

Welcoming Carl to the worldwide union of humanist and like-minded organisations, IHEU President Andrew Copson said, “Carl is an experienced and successful fundraiser and organisation builder. One of his top priorities will be to secure the financial future of our global organisation. He will also work with our elected committee to build our capacity to support our Member Organisations and to expand our advocacy work. After many years of planning and staff development, this is a tremendously positive development for IHEU and we are delighted.”

Carl was most recently Chief Executive of an east London voluntary sector umbrella organisation for eleven years. He led that organisation through various phases of development to become successful, sustainable, innovative, and widely recognised as a model of good practice in the sector. In other roles, he managed and delivered support to refugee community organisations from across the world, and his international experience includes leadership of the Chile Solidarity Campaign, an international campaigning organisation. Based in Chile for five years, he worked with political prisoners, local human rights organisations and trade unions.

He is a governance specialist, and has provided advice and practical support to charities, community organisations, social enterprises, and campaigning organisations to establish, fundraise, manage and organise.

Carl Blackburn will formally assume the new Chief Executive role at the IHEU on 1 October.