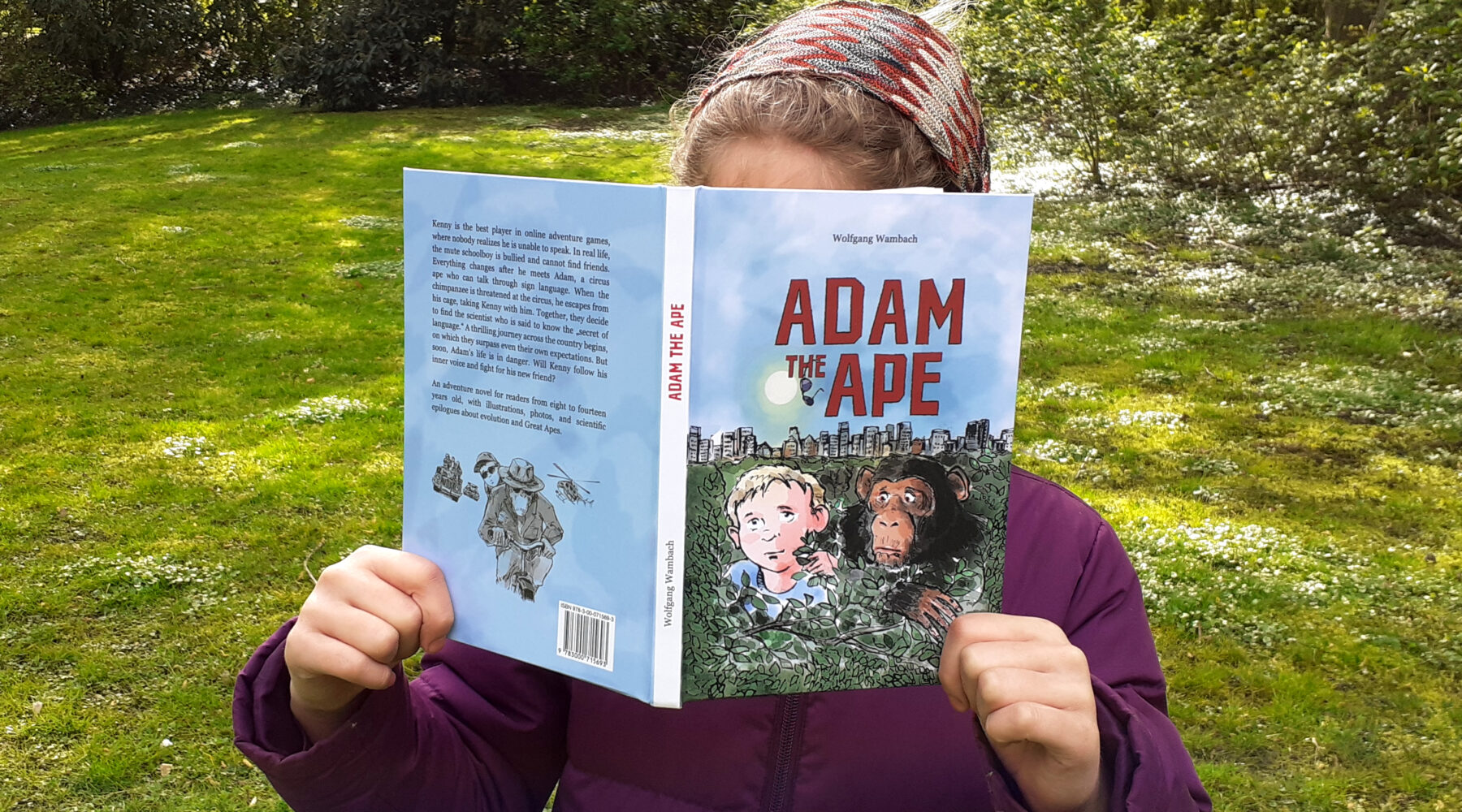 Wolfgang Wambach was born in Koblenz, Germany, in 1975. Wambach’s books are always optimistic, and they center around philosophy, science, and life in the twenty-first century. He lives near Cologne, Germany, and is happily married to his wife. They have a daughter and a son, who inspire his writing every day.

When I became a father some years ago, I started thinking about how I could introduce humanism to my children. I also asked myself, how could they get an understanding of evolution at an early age? Both are very important to grasp the world, in my opinion.

I came to the conclusion that a thrilling novel could awaken their interest best. So, I wrote an adventurous children’s book called Adam the Ape, which I published in March 2022.

On the first level, it is an entertaining story for kids. On another, it should enable the young readers to find out that the differences between humans and animals are smaller than most adults might think.

The story is about a mute boy called Kenny who is often bullied and has difficulties in making friends. He gets sunk in his thoughts when somebody explains to him that the difference between humans and animals is the fact, that humans can speak with a voice. Kenny cannot speak with his voice, he talks in sign language. Kenny asks himself, what if he were an animal?

One day after school, he meets a circus ape named Adam, who can also talk in sign language. They both escape from their homes to go on an adventure trip across the country. Adam gets shaved by Kenny and dressed in human clothes. Perfectly disguised with sunglasses nobody realizes the ape is actually an animal. Adam swaps roles and is now seen as a human.

At the end of the story, Kenny is able to solve a crime and becomes the hero of the day. He and Adam become best pals. This is a very optimistic story about friendship, empathy, and self-confidence. 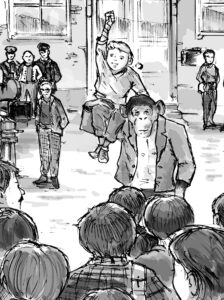 When I gave the manuscript to young test readers, I found out that some of them truly believed that it was completely part of the fiction that apes are able to learn a simple form of sign language. At their young ages, they had never heard of apes like Washoe, the first chimpanzee to learn American Sign Language, or Koko, the famous signing Gorilla.

This is the reason why I decided to write scientific epilogues in order to shed some light on the relationship between humans and animals. This very thing led to a combination of a novel and a non-fiction part in Adam the Ape, which is a unique approach.

The first epilogue is about Great Apes: Chimpanzees, Bonobos, Gorillas, Orangutans and Humans. Children can learn what apes are really able to do and how related they are to us.

The second epilogue is about the theory of evolution, about common ancestors, and about how kids can find proof of evolution in their own bodies.

Adam the Ape is for boys and girls between 8 and 14 years. It has many affectionate illustrations and astonishing photos.

The book was first published in 2014 in the German language under the title Adam der Affe. The Richard Dawkins Foundation wrote that it is “full of suspense” and “well done.” The Jane Goodall Institute recommends the book as well as several sceptic organizations.

Adam the Ape is available as a hardcover book in online stores in the USA, Great Britain, Canada, Australia, and many other countries.