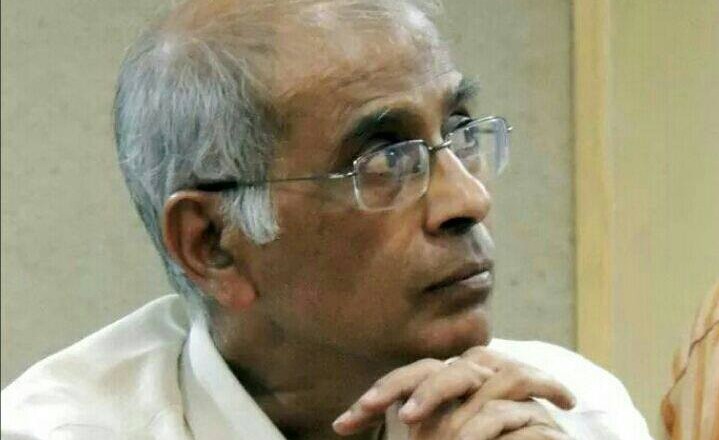 6 years on from his murder, humanists in India and around the world remember Dr Narendra Dabholkar

This week marks 6 years since Dr Narendra Dabholkar, founder of our member organization the Maharashtra Anti-Superstition Society, was assassinated.

His murder by gunmen was apparently connected to his long campaign to expose fraudulent “godmen” and the superstitions that impede or destroy vulnerable lives.

Shortly after his murder, the state government finally passed the Anti-Superstition ordinance that he’d worked so hard to put on the agenda. It was too late for him to celebrate it. But it was the successful culmination of a long campaign.

Earlier this month we joined members of the Maharashtra Anti-Superstition Society, Maharashtra Andhshraddha Nirmulan Samiti (MANS) for an international conference in Mumbai. The event marked not only the six-year anniversary of Dabholkar’s death, but also the 30th anniversary of Dabholkar’s founding of MANS in 1989. His life’s work with the organization was remembered clearly during the celebratory conference.

As well as a leader and activist, Dabholkar wrote several books, in which he argued that:

“The urgent need is not to search an ultimate truth, but to ask simple questions of yourself – i.e. what is my humanitarian duty in this hazardous time? What are the values that will make human life complete and happy?”

This kind of expression of a humanist approach to life and ethics, despite its modesty and simplicity, still raises hostile attention from extremists in many parts of the world. As he lobbied for a new law to crackdown on so-called “godmen”, and led MANS’ activism to expose the tricks and charlatanry, threats against Dabholkar’s life increased.

Once, asked if he could take further steps to improve his security, Dr Dabholkar replied that if he was better protected, then the extremists might target someone else. So he preferred they look for him.

Unfortunately, on 20 August 2013, the gunmen finally caught up with him.

Despite the very real threats, MANS and all our member organizations in India, also linked under the Federation of Indian Rationalist Associations, continue to push their causes and will not be silenced by the threat of violence.

But just as Dabholkar’s death was not enough to deter his colleagues in humanism, it wasn’t the end of extremist violence either. As nationalism and intolerance have been gaining ground in India, at least thee other thinkers and activists known for their humanism or secularist critiques of Hindu nationalism have been killed since 2013.

And India is not alone in the region, or in the world.

One of the most terrifying trends in recent years has been the targeting of humanists who are younger, less well-established, and earlier in their activist careers. As our Freedom of Thought Report continues to record, there have been dozens of writers and activists killed or handed long prison sentences in countries like Bangladesh, Pakistan, Saudi Arabia, and the Maldives in just the past few years.

One of the slogans at the MANS’ anniversary event this month was:

This Marathi phrase was emblazoned on the conference banners, spoken from the stage, even sung in songs. In English it means:

And it’s true: each of those humanist activists who is now locked up, or killed, or in some cases threatened into silence, was a potential Narendra Dabholkar. A potential campaigner of decades standing. A potential founder of organizations. A potential positive influencer on society and government.

We are doing all we can to respond to humanists at risk who reach out to us at Humanists International. It is a battle we are fighting daily, weekly, month by month, to respond, advise and wherever possible provide direct support to get verified at-risk people out of immediate danger and to safety. This work is essential, and in costs us in time and resources.

Please support our Humanists At Risk crowdfunding campaign for 2019.

Give what you can and please use the “Share” button on that page to promote the campaign to your own friends and contacts.

Your gift could help support and maybe save the life of a humanist at risk in some of the countries that are most hostile to humanism in the world today.