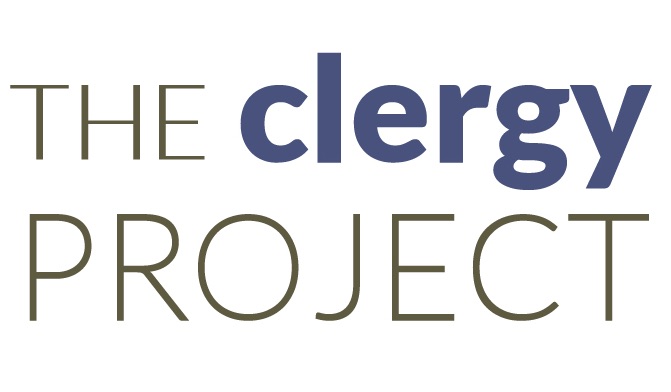 The Clergy Project: an introduction

- A community for former religious professionals who have abandoned their religious beliefs.

Did you know that there exist a support network and a community for current and former religious professionals of all religions who no longer hold supernatural beliefs? The Clergy Project is an international non-profit organization offering an online community of forums and a safe space for former religious leaders to gather in support of each other. In this piece, Board Member of The Clergy Project, John Lombard introduces the organization to the global humanist community.

The Clergy Project (TCP) is an organization that was established for a very exclusive group of people – for those who have been in positions of religious leadership, but have subsequently rejected their religious beliefs, and become atheists.

For those who were immersed in their religious beliefs, it can be difficult, or even traumatic, to try to leave. But this is particularly true for those who’ve been in positions of religious leadership. Consider the following factors:

TCP was established as an organization to not only provide support and resources for people in this situation, but to provide it from others who’ve been through exactly the same thing, and understand what they are facing. Besides providing a platform where we can provide support and encouragement to each other, and talk through the issues we are facing, TCP also seeks to provide resources such as psychological counseling, and job training and placement services.

Our finances and resources are quite limited, but we’ve still had some incredible accomplishments. In September of 2019, we passed the 1000th member mark, which was an incredible milestone for us. And March 2021 will mark our 10th year anniversary.

I used the accomplishment of reaching 1000 members to issue a challenge to TCP’s leadership. I’ve long felt that, for all the great work that TCP does, its vision has been too narrow. Since it was established in the U.S., 87% of our members are North American; and 97.4% come from Christian backgrounds. And virtually all of the resources that we offer are available only to people in North America.

My vision was that we need to be taking deliberate action to grow – to become a truly international organization with chapters in different countries around the world, with members from many different religious backgrounds, with resources that can be offered locally, and with information that can be provided in their own local languages.

Last year, I presented a formal proposal to the TCP Board of Directors, to establish a committee specifically focused on this goal; and was overjoyed when they approved it, invited me to join the Board of Directors, and to be the leader of our new Global Growth Committee.

And for that, I need your help. The people who support and believe in the vision and ideals of Humanists International, and who can appreciate and sympathize with the very specific needs of religious leaders who have rejected their beliefs.

My goal is both aggressive and optimistic – to establish TCP chapters in different countries/regions around the world. Chapters that not only can provide more local resources, but that can reach out to people in their own language, and better address the needs and issues surrounding the predominant religions in their area.

I am reaching out to the Humanist International community to request that if you, or someone you know, fits the requirements of our organization, and is interested to help us establish a chapter in your country/region, then please reach out and let us know. You can contact me at international@clergyproject.org with your questions, support, suggestions, etc. You can also check out our public website at www.clergyproject.org to learn more about our history and activities, and to read the stories of some of our members. 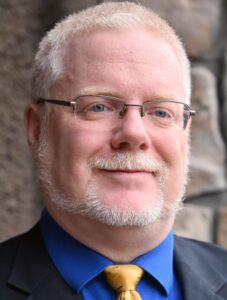 Board Member of The Clergy Project and President of The Language of Culture, John Lombard.

I was raised in a tiny Canadian village of 900 people. My father was the local Anglican minister, and my parents were devout, fundamentalist Christians. I grew up as a very devout Christian myself, and by the time I was a teenager, was leading our church’s Sunday school, and even had a few opportunities to preach from my father’s pulpit.

When I graduated high school, I decided to go straight to Bible college, to train as a missionary. But as I started reading the Bible in detail, and learning about Christian theology, I began to have more and more questions. There were things that simply didn’t make sense, that contradicted verifiable scientific facts, or that were implicitly self-contradictory. But I simply assumed that this was because I didn’t have enough knowledge, and that if I studied more, and prayed to God for revelation, my questions would eventually be resolved.

When I finished college, I went to China as a missionary. This was in 1993, and being a missionary was 100% illegal, but that didn’t stop me, I simply got a job teaching English in university, and did my evangelism on the side.

Long story short – those questions and doubts I had in Bible college continued to grow, until finally I reached the point where I could no longer claim to believe in it. I became an atheist; and then soon after, a Secular Humanist.

It was by far the most traumatic and difficult experience of my life. Virtually all of my Christian friends rejected me, treating me as a traitor or enemy. My parents, fortunately, didn’t reject me; but were still upset about my decision. I was left stranded, with nobody to talk to or get comfort from, at a time when I was going through the largest transformation of my life.

But worst was having to go to Chinese Christians who I had converted to Christianity, and tell them I no longer believed. They were literally risking their freedom and their lives to become Christians, and I had reassured them that it was worth it. To then have to tell them I no longer believed, and that they’d risked their freedom for nothing…it was terrible. And they understandably reacted with a great deal of anger and accusations of betrayal.

I thought that I was some sort of weird aberration, alone in the world. It was a revelation, many years later, to discover TCP, and find out that there were actually a great many people like me; and that I had the opportunity to help others face the same battles that I had already gone through.

I ended up remaining in China for 25 years, where I started three successful businesses; and two years ago, I returned to Canada, where I started my newest business, The Language of Culture (languageofculture.net), which specializes in Cultural Diversity training.

TCP is an incredibly valuable resource, and it is my hope that you will share some small part of my vision and passion. It’s been an incredible journey for me; and we have the opportunity to help many others who are in the midst of that same journey right now.