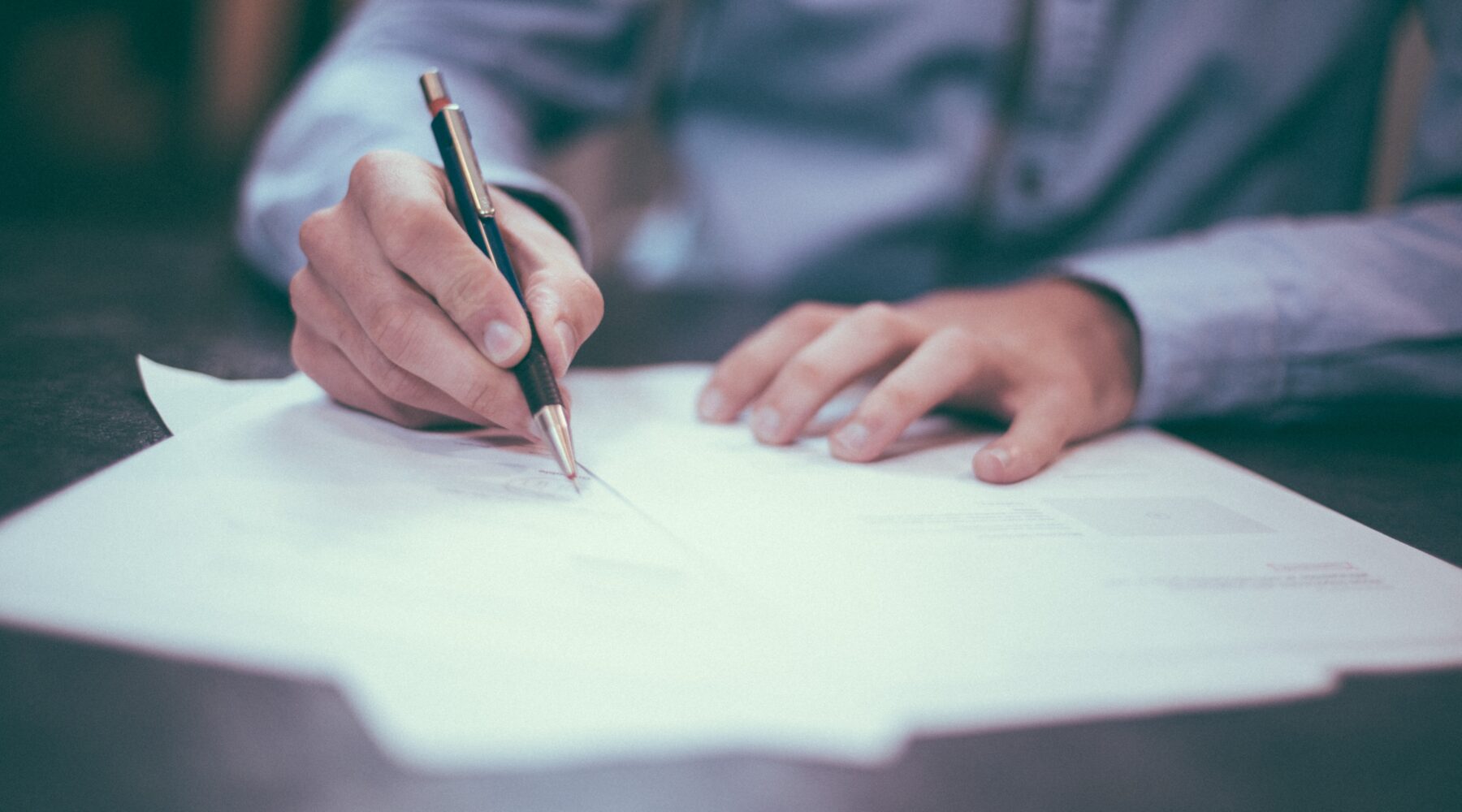 In this blog post, Humanists International’s Casework & Campaigns Manager, Emma Wadsworth-Jones speaks with Richy Thompson, Humanists UK’s Director of Public Affairs and Policy, on how humanist organizations can address the deficiencies in asylum policy, to make them more inclusive of the non-religious.

Emma: What led Humanists UK to get involved in helping shape the UK’s treatment of non-religious asylum seekers?

Richy: In years gone by we had sporadically helped asylum claimants, but only around one a year and only by providing very short statements attesting to what the situation was like in different countries.

When I became Director of Public Affairs and Policy in 2017 I decided this was something I wanted us to take more seriously, because it has such a huge impact on people’s lives, and we started providing more detailed support. This means interviewing claimants to assess whether or not we believe their non-religious beliefs are genuinely held, providing much longer letters of support that attest to this as well as a more thorough overview of the situation in their country of origin, and sometimes appearing as witnesses before Immigration Tribunals. We also occasionally need to help claimants in other ways, such as getting legal representation. And often they need emotional support too – the process is very challenging, with many claimants being refused asylum at several stages before they eventually succeed, and can take many years. Reassuring them that others have kept going and gained asylum in the end is really important.

Since then we’ve helped over 80 people, with an extremely high success rate. I should say at this juncture that almost all this work has been done by our Senior Campaigns Officer, Rachel Taggart-Ryan, who has proved to be extremely skilled at it.

Emma: Tell me about the Hamza bin Walayat case, and its consequences. 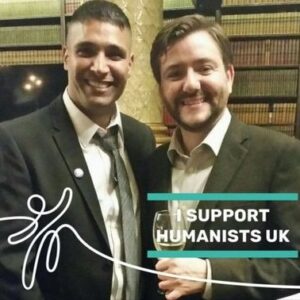 In late 2017, an asylum claimant from Pakistan called Hamza bin Walayat got in touch with us. He had been refused asylum because in his interview he was asked to name ancient Greek philosophers who were humanists. He failed to name any, and in the decision afterwards he was refused asylum for failing to name Plato and Aristotle as humanists.

There’s lots wrong with that decision. The fact that Plato and Aristotle both believed in God is one thing. The fact that UK school students don’t learn about them unless they do Philosophy up to age 18 is another. But most fundamentally, this is treating humanism, a non-religious worldview, as if it is a doctrinaire worldview akin to a religion. Humanists have no compulsion to learn different facts of this nature. Most humanists wouldn’t be able to tell you that Epicurus, Democritus, and Protagoras are the most proto-humanist of the ancient Greeks.

We launched a big campaign off the back of this news, the ‘Save Hamza’ campaign. It secured extensive coverage in media around the world, like The Guardian, The Times, the Washington Post, and Time magazine, and was even picked up by papers in Pakistan. We organised a petition to the Government about it that got over 12,000 signatures. We got 150 philosophers to sign a letter to the UK’s then Home Secretary Amber Rudd as well pointing out the flaws in the decision. And, working through our All-Party Parliamentary Humanist Group, we saw a number of UK politicians raise Hamza’s case in Parliament. One peer raised it directly with the Home Office minister (the Home Office being the relevant department) in our House of Lords, and secured her agreement that Hamza’s questions were unfair.

We subsequently learned that the Home Office had been exploring introducing training for asylum assessors on ‘religion’ as an asylum ground, but it had got forgotten about. However, following on from our campaign, the idea was revived, and we were invited to help develop it, in partnership with the All-Party Parliamentary Group on International Freedom of Religion or Belief.

The resultant training course is fully inclusive of the non-religious. All asylum assessors were required to complete it, and we were brought on board to help with the rollout. Rachel and I went to several asylum centres to provide the training directly, and Humanists International’s own Bob Churchill did a session too. We don’t know any other country with something like it.

Hamza was subsequently granted asylum, and went on to be elected to Humanists UK’s Board of Trustees.

Emma: What challenges remain to the way the UK approaches asylum for non-religious people?

Richy: There are some things that are challenging for all asylum seekers, and some challenges that the non-religious in particular face.

A general challenge is that the UK has what is called the ‘hostile environment’ policy, which is designed to discourage illegal migration to the UK. One consequence of that is that asylum seekers are not allowed to work while their cases are ongoing. They receive minimum benefits and low-quality accommodation. Relatedly, cases often drag on for years, leaving people in legal and financial limbo in the meantime. And finally, cases are often refused once, twice, or even three or four times, before ultimately succeeding. (Asylum claimants are allowed to apply twice for asylum before facing deportation, and each can involve several rounds of appeal.)

More specific issues are that although asylum assessors have now generally been trained on handling non-religious asylum claims well, this doesn’t mean that all UK Government documentation is inclusive. Many other documents just talk about ‘religion’, excluding the non-religious. One example of this is in country guidance. The guidance for Bangladesh is very good – there is a document called ‘religious minorities and atheists’ – but other countries don’t have anything that mentions the non-religious at all. I think this is true for Pakistan, Iran, Saudi Arabia, Nigeria, and so on.

It’s also worth thinking about what the process looks like from an asylum claimant’s point of view. If they go online to apply, one of the first pages they see asks them on which ground they will be applying. One of the options given is ‘Religion’. Here there is also no mention of the non-religious.

A final issue worth mentioning is with claimants who don’t speak English. They need interpreters to attend their asylum interviews. But sometimes these interpreters are religious themselves, and refuse to translate – or accurately translate – what the asylum claimant is saying, particularly if they think it is blasphemous.

Emma: What ways does Humanists UK help shape asylum policy in the UK?

Richy: The Home Office has a National Asylum Stakeholder Forum, which it uses to consult with civil society. This has different working groups, one of which is focused on equality. We are a part of this group – the only religion or belief group that is represented.

As of this year, we also have entered into a partnership University of Sheffield to support a PhD student, called Lucy Potter. She is focusing on non-religious asylum seekers. We hope her work will help improve Government policies.

Richy: It really helps them understand how to assess non-religious claims and how such assessment differs from dealing with religious claims, for example. One challenge we often find is that if a claimant is a religious convert then what the Home Office would be looking for is a pattern of behaviour – for example, attending a place of worship on a regular basis – to prove that that claimant is genuine. But with non-religious claimants, it is often the absence of certain behaviour – for example, not attending a place of worship – that is important to look out for.

Emma: What have you found to be successful?

Richy: The Hamza case was very successful because it was infuriating and got lots of public attention. But more generally, making ourselves known to other NGOs, to the Home Office, and to immigration lawyers has helped those who need us find us, and helped build our credibility with decision makers.

Emma: What hasn’t been successful?

Richy: We haven’t managed to deal with some of the challenges I mentioned above, like with interpreters.

This isn’t so much a case of being unsuccessful but we’ve also been extremely cautious in how much we make our service known. We occasionally make public statements about it, like this interview, but we don’t have a page on our website advertising it as something we offer. We are worried about being inundated with demand. If that happens then it could destroy our ability to help anyone.

Emma: Any hints and tips from other Members and Associates who might wish to replicate your approach in their own countries? 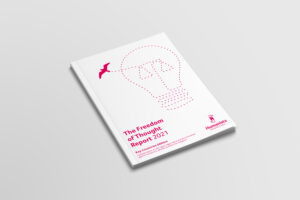 Richy: I’d point to what I say above about building a network of lawyer/NGO/Government contacts. But we’d also be happy to provide other members with our process for dealing with claims, including what we ask people when we interview them to ascertain whether they’re genuine, and anonymised examples of our letters of support. These include a record of our interactions with the claimant and why we believe they are really non-religious, and extensive evidence of what things are like for the non-religious in the country of origin. For this, the Freedom of Thought Report is by far the most valuable source of information. We also like to add information on demographics of the non-religious in the country – as being able to say that the openly non-religious population is basically non-existent is further evidence of persecution.

Photo by Scott Graham on Unsplash