Following elections at the IHEU General Assembly in Washington, DC on 8 June 2008, IHEU has a new Executive Committee. Newly elected to the Executive Committee as Vice Presidents, for terms of three years, are Mel Lipman and Ron Solomon. 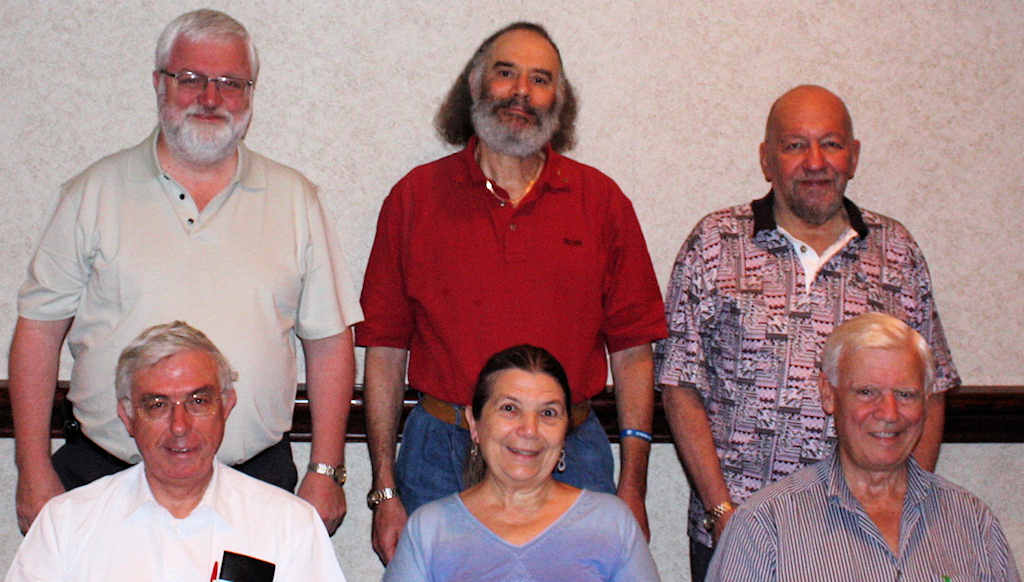 Mel Lipman, president of the AHA, is a retired attorney and teaches college level History and U.S. Constitutional Law. Mel has been a Humanist activist for over 40 years, initially as a member and later as President of the Unitarian Universalist Congregation of Las Vegas. In 1990 Lipman was one of the founders of the Humanist Association of Las Vegas and was its longtime president. He was elected to the national board of the AHA in 2000 and was elected its president in 2002. During his six years as president, the AHA has initiated many successful new programs, expanded its collaborative work with other humanist groups, and experienced some of the strongest growth in its history. Mel is also a member of the board and executive committee of the Humanist Institute. A former board member of Nevada Civil Liberties Union, Mel is very concerned with support of the civil rights of those who hold no theistic or other supernatural beliefs. He believes that Humanism has reached a turning point in the U.S. and more identification is needed with international Humanism to keep the momentum we have recently achieved.

Ron Solomon has been an active participant in humanist organizations for more than four decades. He has been active in the AEU since 1985, serving as AEU Secretary, then President, and currently Treasurer. In the late 1980’s Ron began participating in other humanist organizations such as the American Humanist Association (AHA), the North American Committee for Humanism (NACH), which sponsors the Humanist Institute, and the International Humanist and Ethical Union (IHEU). He was President of NACH. And he was recently elected treasurer of the Secular Coalition for America. Ron represents the AEU on the IHEU General Assembly, where he has been a regular participant for two decades. Ron has been invited to facilitate discussions of divisive issues at several ethical societies.

Rob Buitenweg and Larry Jones stepped down at the end of their terms of office and did not stand for re-election. The President thanked them for their significant contributions to IHEU’s work.