Hope Knutsson writes: On Wednesday night May 13, 2009 at a monthly board meeting a brilliant idea occurred to the board members of Sidmennt, the Icelandic Ethical Humanist Association, of which I am president. We implemented it in less than 36 hours and have been getting praise from around the world!

The new session of the Althing, the Icelandic Parliament, is always opened with the Members of Parliament going into the main cathedral in Reykjavik, which is next door to the Parliament building, and sitting through a mass held by the Bishop and some other ministers of the Icelandic Lutheran state church. Afterwards they all parade out of church and into the House of Parliament. After the Icelandic government collapsed recently and elections were held, the new government was established on Sunday May 10th and Parliament was convened on Friday May 15th. Sidmennt decided to offer a secular alternative to the traditional mass and we invited every Member of Parliament to attend a thought provoking short talk right across the street given by one of our celebrants who is a philosopher, on the subject of the importance of ethics in politics.

We sent announcements to all the media in Iceland and they all picked up on it. We posted it on Facebook as well and it lit a fire in the blog world. We have received enormous praise and a groundswell in favor of complete separation of church and state and condemnation of the religious service that has always been connected with the Althing which is an entirely worldly institution. People wrote things like “we need to listen to more philosophers, not more clergy”. Sidmennt’s mottoes are “It’s valuable to have choices” and “It’s all right to be different”.

We got fabulous media coverage when the Althing convened. Every TV and radio station and every newspaper and web news service repeated the news of our event throughout the day. Around 20 people showed up, 4 of whom were very brave new Members of Parliament and one City Council member. Iceland has a total of 63 MPs. One of the MPs who attended our event told us that her party which includes a majority of people in favor of separation of church and state, but also has a handful of religious people one or two of whom are clergymen, exerted enormous pressure on her to NOT come to our event.

Our philosopher gave an excellent 10-minute thought provoking talk with lots of great advice for politicians and we served coffee and cake in a ritzy private room of a fashionable hotel across the street from the Althing. When we went outside many people praised and congratulated us. We posted the speech on our website, sent it to the media, and said we will continue to offer this alternative to the traditional Parliamentary Mass. There have only been a very few disgruntled believers writing on blogs and criticizing the event.

There were many protest demonstrations in front of the Althing that day about many issues (mostly about the economic collapse in Iceland) and some of the signs said things like “4 billion kronur Mass” The state church receives 4 billion Icelandic kronur per year in government funding. Many people at the protest who were interviewed on the news said they thought it was outrageous and inappropriate that Parliament is opened with a religious ceremony in this day and age. The MPs who attended our event said they saw absolutely no reason why religion should be connected in any way with Parliament.

We got an unbelievable amount of free publicity and positive press coverage on this event which was organized in less than 36 hours and have been feeling very proud of ourselves. I sent news of what we did to the e-mail lists of the various international organizations of which Sidmennt is a member and have been getting congratulations from groups all over the world. 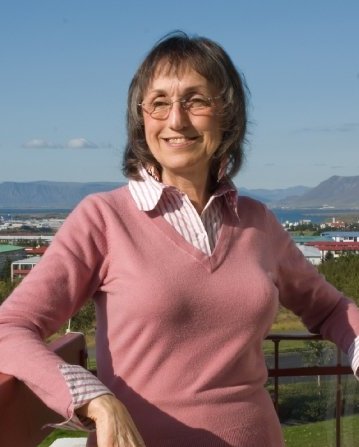