Speaking at the Human Rights Council in Geneva today (12 September 2011), IHEU representative Hannah Bock called on religious leaders around the world to make it clear “again and again and again that no religion justifies the taking of innocent life.  It is the great tragedy of our time that, worldwide, we are confronted by those who believe it is”. 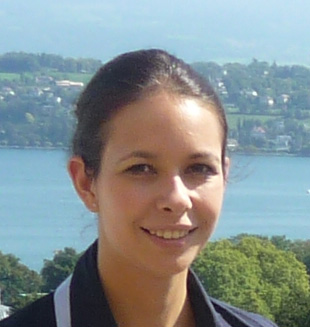 We welcome the remarks of the High Commissioner on the appalling tragedy that took place in Abuja last month, when terrorists struck again at a UN building, killing over 20 people and leaving many more badly injured. It has reminded us not only of 9/11 but of the tragic loss of so many UN personnel, including the High Commissioner’s predecessor Sergio Vieira de Mello, in Baghdad in 2003.

Madam President, it is an appalling tragedy when anyone is murdered by terrorist action, but doubly so when among those killed are people who have dedicated their lives to helping others. Such tragedies are, too often, perpetrated by those who have not only lost all sense of humanity but believe themselves to be acting in the name of their religion.

Religious leaders, whether Muslim, Christian, Buddhist, Hindu or any other, must make it plain, again and again and again, that no religion justifies the taking of innocent life. It is the great tragedy of our time that, worldwide, we are confronted by those who believe it is.

We also wish to mention the harassment often faced by UN personnel from government sources, and in this context we welcome the report byUN Secretary General Ban Ki-moon detailing cases of reprisals and intimidation against UN personnel and those cooperating with them.

For example, according to UN reports[1], several peacekeepers and human rights defenders in the Sudan have been under threat by national security personnel, including the arrest and subsequent freeing of UNAMID staff, four after being subjected to a mock execution.

We urge the Council and the international community to heed the call by the Secretary General for an end to impunity[2] for such harassment and to unambiguously[3] hold States accountable for violence and intimidation against UN personnel.

[1]Report of the Secretary-General, Cooperation with the United Nations, its representatives and