Yesterday the European Court of Human Rights threw out three of four cases brought by Christians who had alleged they had been discriminated against under UK law. Humanists and secularists in Europe have welcomed the news.

No change for UK, but wider implications abroad

The Court found that the "balance" of rights had been made for the most part correctly in the UK, in effect confirming that UK law does not conflict with the European Convention on Human Rights with regard to manifestation of religion at work. However, the cases may have implications for many other countries under the European Convention on Human Rights and set precedent for possible future cases of alleged religious discrimination across Europe. 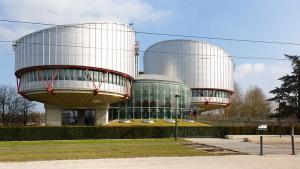 Taken together the court's finding on the joint cases is that while a balance must be struck, including freedom of conscience and religious belief, nevertheless "where an individual’s religious observance impinges on the rights of others, some restrictions can be made. It is up to the authorities of the Contracting States, in the first place, to decide what is necessary. The Court’s task is to review whether the measures taken at national level were justified in principle and struck a fair balance between the various competing rights and interests." (PDF)

Lilian Ladele, a council registrar, had refused to conduct same-sex unions (civil partnerships) when they were introduced in 2005. The local council said that if she refused to work in civil partnership ceremonies as part of her duties, she would be in breach of their equality and diversity policy and her contract could be terminated. In a similar case, Gary McFarlane alleged unfair dismissal from his employers Relate, a counselling charity. He had been found guilty of gross misconduct during a disciplinary procedure for stating that he would provide counselling to same-sex couples, when he had no intention of doing so, and he was dismissed. The Court found that both Ladele and McFarlane were not discriminated against.

The two other two cases involved the wearing of religious jewellery. The Court found that Shirley Chaplin, a nurse who had been told to remove her crucifix chain for health and safety reasons and to avoid patients grabbing at it, had been given sufficient alternatives such as pinning the item to her clothing, and that the hospital had valid concerns which were not aimed at marginalising Chaplin as a Christian. In the case of Nadia Eweida, a British Airways employee asked not to wear a crucifix with her uniform, the Court found that "the lack of explicit protection in the UK law in this area did not, in itself, mean that Ms Eweida’s right to manifest her religion had been breached. Nonetheless, the Court concluded in her case that a fair balance had not been struck between, on the one side of the scales, her desire to manifest her religious belief and to be able to communicate that belief to others, and on the other side of the scales, her employer’s wish to project a certain corporate image (no matter how legitimate that aim might be)."

Our member organisation in Italy, the UAAR (Unione degli Atei e degli Agnostici Razionalist, Union of Atheists and Rationalist Agnostics), commented on the wider application of the case: "The court's ruling might open the door to new secular battles to be fought in European countries, such as Italy. The awful ruling by the Grande Chambre two years ago on the presence of crucifixes in schools doesn't seem, in fact, to be a tombstone for secular rights, as some feared. It seems there are still chances to be looked for, and it is up to associations like ours to make the most of them."

In the UK itself, our member the British Humanist Association (BHA) said, "The European Court applied exactly the same tests and measures that we have been advocating for years. They asked the question “Will this manifestation of a person’s religion interfere with the rights of others?” In three out of the four cases they found it would and rightly dismissed them.

"These cases have been repeatedly lost in court after court and have wasted an enormous amount of time just as they have generated a huge amount of unnecessarily divisive feeling amongst the public. The victim narrative that lies behind them, whipped up by the political Christian lobby groups that organise them and the socially conservative media that report them, has no basis in reality."

Our member the National Secular Society (NSS) of the UK had made an intervention in the case. The NSS also welcomed the rulings, saying, "First and foremost, this ruling demonstrates that UK equality law is fully compatible with the European Convention on Human Rights and that there is no need to change UK law. Any attempt to do so by the Government would therefore signal a clear desire to give privileged treatment to religious believers, and would be robustly challenged."

Sonja Eggerickx, president of the International Humanist and Ethical Union, commented, "We are heartened that the court recognised not only the crucial importance of freedom of belief in Europe, but also recognised the value of the harm principle, namely that we cannot claim in the name of our own beliefs a freedom to impinge on the legal rights of others. The court recognised that domestic legislation must find a balance between competing rights, and that religion cannot automatically be allowed to trump equality laws or the principled policies of organisations. There is a trend among some religious lobby groups to dress up the principled removal of religious privilege as a form of persecution, and this trend is not unique to the UK. We hope yesterday's ruling will be taken to heart in many other countries which recognise this same phenomenon, and want to uphold the balance between freedom of religion and the values that bind broader society."

The image of the court is available under a Creative Commons Attribution-ShareAlike 3.0 license.