Nigerian Humanist, and former chair of the Nigerian Humanist Movement (NHM), Eze Ebisike, died last week at the age of 75, a few days before his 76th birthday. According to family sources, Ebisike suffered a partial stroke and brain hemorrhage.

Eze Ebisike came to Humanism as an ex-Catholic priest. He was a management consultant and an author of many books and articles. He joined the Nigerian Humanist Movement in 2004, and chaired the organisation from 2005 to 2006. He was a prolific writer, and a great public speaker, including contributions at the Tai Solarin Memorial Conference in Ikenne in 2004, at the World Humanist Day lecture at the University of Calabar in 2005, and at the NHM anniversary conference in Benin in 2006. 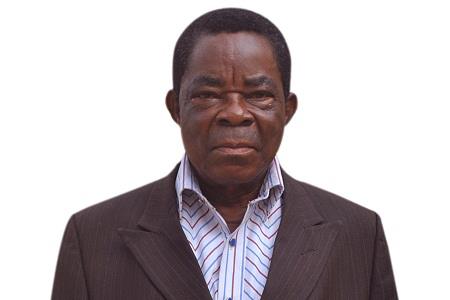 He is remembered by humanist friends in Nigeria and internationally for his "unconventional thoughts and ideas", said Nigerian Humanist, Leo Igwe. "He was known for his fearless critique and criticism of religion, and support for the separation of church and state." British Humanist Josh Kutchinsky remembers, "Ebisike was always the epitome of politeness and friendliness. He also employed a rich language with an obvious love of words. He was a convinced feminist believing much of the world's problems could be laid at the feet of patriarchy and what he referred to as 'momism'." American atheist, Bobbie Kirkhart, said, "Eze had one of the most creative minds I've ever known, dedicated to his ideas and ideals. I will remember him most as a gracious host when we were in Nigeria."

Ebisike will be remembered for his gracious service to the Humanist movement.