Humanists welcome UK commitment to freedom of religion or belief

Baroness Warsi, a senior Foreign and Commonwealth Office minister in the UK government, has emphasised in a speech to the Organisation of Islamic Cooperation (OIC) the importance of "freedom of religion or belief" and its "universal" applicability.

The OIC has long campaigned for international "blasphemy" or "defamation of religion" laws at the UN, strongly resisted by the International Humanist and Ethical Union (IHEU) delegation over many years. But Warsi told the OIC on Friday that while genuine, hateful religious intolerance should be confronted, nevertheless: "While incitement to religious hatred remains an offence in Britain, a blasphemy law once on our statute book was abolished in 2008 – in part because we felt it was incompatible with the freedom of speech."

Andrew Copson, first vice-president of IHEU and chief executive of the British Humanist Association (BHA), said "It is significant that this first address of a British government minister to the OIC Heads of State meeting has emphasised this clear distinction between incitement to hatred on the one hand, and the legitimacy of open and honest debate, criticism and expression of non-religious views on the other hand. Mere criticism of religion – even though it may always be perceived as offensive or blasphemous by some religious groups and individuals – cannot be automatically prohibited as hateful. Rather, the expression of humanist ideas, atheist and critical ideas per se must be protected."

Warsi has previously been criticised by humanists and secularists in the UK for endorsing a greater role for Christian and other religious groups in national policy, and describing some forms of secularism as "intolerant and illiberal". In her remarks to the OIC last week, however, the recognition that freedom of religion or belief applies equally to humanists, atheists and other non-religious people is much more apparent than previously. Many OIC member states continue to persecute religious and non-religious minorities, outlawing freedom of thought and expression on topics which are sensitive but legitimate. Warsi's renewed emphasis on religion or belief as – in her words – a universal right for all, rather than as a privilege for a majority religion in any given country, is more welcome. 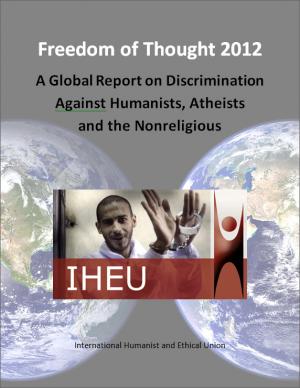 Representatives from IHEU and the BHA met with UK Foreign Office staff the same morning as Warsi's speech, to discuss the IHEU report into the freedom of thought and expression in particular of non-religious people around the world, and how the British government could do more to counter persecution where it exists.

"It can be easy for the freedom of thought and expression we all have under articles 18 and 19 of the Universal Declaration of Human Rights to be reduced to 'freedom of religion', and for the non-religious to be forgotten," said Copson. "This is especially so in countries where the non-religious are legally invisible, or where merely expressing positive, humanist ideas is regarded as an affront to religion. We're looking forward to working more closely in the future with the freedom of religion or belief team at the Foreign and Commonwealth Office and encourage all humanist organisations in democratic states to urge their own foreign ministries to incorporate freedom for the non-religious in their own international human rights work."