Despite government promises and a change in the law, the situation for "modern day slaves" in Mauritania and elsewhere remains dire, delegates told the Human Rights Council today in Geneva.

In the run up to a seminar being co-hosted by the International Humanist and Ethical Union (IHEU) and Center for Inquiry (CFI) at the UN in Geneva on 7th March, Elizabeth O’Casey, Main CFI Representative in Geneva, told the plenary of the Human Rights Council that with more than half a million people held today in slavery in the West-African state of Mauritania alone, the Council “must act” to end the plight of modern day slaves. 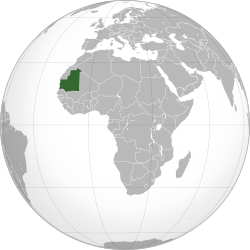 Mauritania was also criticised in December following the country's election as vice-president to the Human Rights Council on the same day that IHEU published a report naming and shaming the West-African state for its failure to uphold freedom of religion or belief.

Here is the text of Elizabeth O'Casey’s speech in full.

Anti-discrimination legislation and
The Persistence of Slavery

We were pleased that the High Commissioner made reference in her report to the assistance provided by her office to a number of states in drafting anti-discrimination laws and plans of action. But whilst such laws are desperately needed, they will do little to reduce the massive discrimination that still exists in many countries without the political will to implement them, and without education at all levels of society. We cite as among the most egregious examples of such discrimination the persistence of slavery in many parts of Africa and the Middle East.

One of the states for which assistance was provided by the Office of the High Commissioner was Mauritania where more than half a million black Africans are still held in slavery by their paler-skinned northern countrymen, and despite legislation introduced in 2007 banning slavery; legislation that is not only widely ignored but where anti-slavery campaigners are being harassed and arrested.

We have heard much in this Council of the legacy of the historical trans-Atlantic slave trade, yet those calling for compensation for the descendants of the victims of centuries-old slavery have chosen to totally ignore the plight of modern-day slaves.

Mr President, this is an issue on which the Council must act. We note that a parallel event is being planned for 7th March that will deal specifically with the persistence of slavery in Mauritania.

His Excellency the Mauritanian ambassador stated two years ago that, following the passage of the 2007 anti-slavery act, slavery no longer exists in Mauritania and we are dealing with a post-slavery situation. Perhaps the representatives of that country can explain, in the almost total absence of the political will to enforce those laws, how the slaves can tell the difference.