The courts in Turkey have handed a suspended 10-month jail sentence to the country's most prominent classical composer on the charge of "blasphemy".

Fazil Say was convicted on Monday of blasphemy and "inciting hatred" over a number of messages sent on Twitter last year. In one tweet he quoted 11th-century Persian poet, Omar Khayyám, satirising certain worldly notions of heaven: "You say rivers of wine flow in heaven, is heaven a tavern to you? You say two huris await each believer there, is heaven a brothel to you?" Other tweets poked fun at the muezzin (an Islamic caller to prayer) and various religious practices. 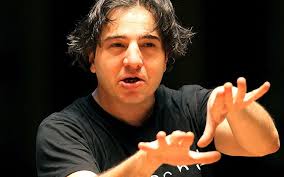 Emre Bukagili, the businessman who filed the complaint, said Say "offended all believers professedly by attempting to mock religious values according to his own thoughts". He added, "but this does not grant that person the right to insult another's beliefs and ideas". Turkey's Minister for Culture, Omer Celik, seemed to think otherwise, commenting on the case, "I do not want anybody to face the judiciary because of something he has said."

"This judgment is certainly unlikely to count in favour of Turkey's entry into the European Union, indeed the EU has already expressed concern. Humanists greatly value freedom of thought and expression, for the religious and the non-religious alike, and as our Freedom of Thought 2012 report pointed out, there has been a sharp rise worldwide in prosecutions for supposed "blasphemy" expressed via online social networks.

"The terms of the judgement against Fazil Say are absurd. The complainant assumes he speaks for all believers, he whines simply because a few interpretations of a few religious ideas are criticised. Frankly, those who place themselves above criticism deserve such mockery, and any court which flatters this whining and moaning, violating the hard-won human right to freedom of expression, does a disservice to justice."

Fazil Say, currently on tour in Germany, has said he feels "sorry for my country". He is also a political critic of Prime Minister Erdogan who has been criticised for implementing several Islamist-leaning policies in the face of Turkey's secular constitution.