Humanists at the UN have rejected the response of Bulgaria to concerns over child neglect in the country, yesterday (10 June 2013).

The International Humanist and Ethical Union (IHEU) delegation’s representative, Maya Stoyanova,  condemned the response of the Bulgarian government to earlier criticism by IHEU that children were being routinely neglected in the nation’s children’s homes.

Speaking in a general debate at the Human Rights Council, Geneva, Maya called for independent investigation into more than 200 deaths in these institutions.

In reply, the Bulgarian delegation has committed their government to provide a full report to the Council on conditions in these homes at its next session in September.

Here is the full text of Maya’s speech: 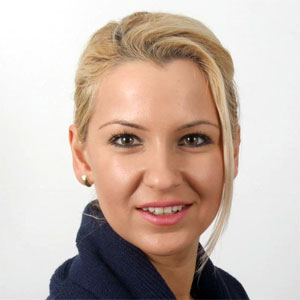 On 4th April 2013 the government of Bulgaria responded to criticism by IHEU of the appalling treatment and neglect of children Bulgarian institutions by submitting a written report to the Human Rights Council [http://ap.ohchr.org/documents/dpage_f.aspx?s=95  A/HRC/22/G/19]. The government  claims to have conducted 22 inspections of homes after the announcement of 238 deaths. But the report contained no explanations for the deaths. Were they investigated? Did Bulgarian justice prosecute anyone? All we are told is that the homes were visited. There are no details of any independent investigation involving professionals trained to work with children, and according to our sources no such investigations have been conducted.

The report states that there are rules on notification and registration of death cases. Yet there is no confirmation that deaths will be investigated nor that deaths involving mistreatment and starvation will lead to any internal investigation by Social Services as would happen anywhere else in Europe.

Our full response to the Bulgarian government report is available on our website [https://humanists.international/iheu-responds-bulgaria-plight-children-institutions]. It contains details of shocking cases of mistreatment and also shows that the new state-run homes are unfit for purpose, merely continuing the pracices of neglact endemic in the old, including obstacles to access by the children’s families.

We call upon the government of Bulgaria to take urgent steps to fulfil its duty of care to all of these unfortunate children.