Barack Obama has criticised the separation of children into separate 'faith' schools, because the process "encourages division" and is akin to "segregation", which "we carry with us generation after generation."

The US President was speaking ahead of the G8 summit in Enniskillen, Northern Ireland, on Monday to an audience of 2,000 young people. The speech went largely unreported earlier in the week, but the comments are gaining momentum as the Catholic Church reacted negatively, while humanist and secular groups welcomed the speech. 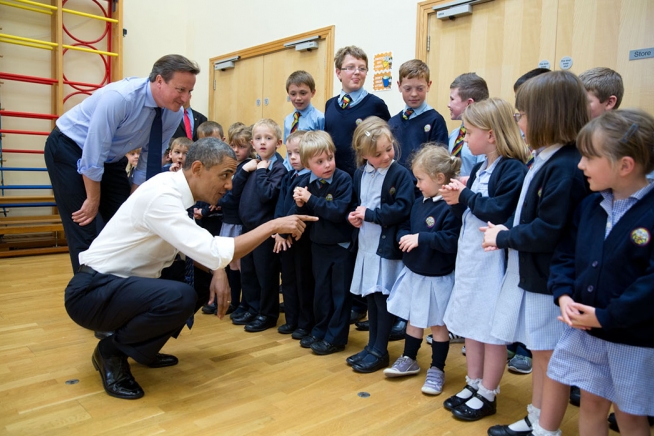 Drawing powerful parallels between the Catholic-Protestant divide in Northern Ireland and the historical segregation of black and white communities in the United States, Obama said:

"Because issues like segregated schools and housing, lack of jobs and opportunity—symbols of history that are a source of pride for some and pain for others—these are not tangential to peace; they’re essential to it.

"If towns remain divided—if Catholics have their schools and buildings, and Protestants have theirs—if we can’t see ourselves in one another, if fear or resentment are allowed to harden, that encourages division. It discourages cooperation.

"Ultimately, peace is just not about politics. It’s about attitudes; about a sense of empathy; about breaking down the  divisions that we create for ourselves in our own minds and our own hearts that don’t exist in any objective reality, but that we carry with us generation after generation.

"And I know, because America, we, too, have had to work hard over the decades, slowly, gradually, sometimes painfully, in fits and starts, to keep perfecting our union. A hundred and fifty years ago, we were torn open by a terrible conflict. Our Civil War was far shorter than The Troubles, but it killed hundreds of thousands of our people. And, of course, the legacy of slavery endured for generations.

"Even a century after we achieved our own peace, we were not fully united. When I was a boy, many cities still had separate drinking fountains and lunch counters and washrooms for blacks and whites."

"This is a landmark speech in the 'faith' schools debate. Obama has revealed how weird and divisive the British 'faith' schools system — and similar religious schooling in other European countries — may appear from the outside.

"Comparison to historical racial segregation in the United States is not used lightly. But it is absolutely apt when, as Obama points out, the divide in Northern Ireland is sustained down the generations by labelling children in 'faith' schools. They are separated from one another according to presumed, inherited beliefs, an arbitrary difference which is institutionalised and cemented from an early age in the state-funded education system.

"No one would claim that the Troubles in Northern Ireland are reducible entirely to religion. But Obama is absolutely correct to highlight the pernicious role of 'faith' schools in sustaining sectarianism and conflict."

The British Humanist Association, which campaigns against 'faith' schools generally, has recently co-founded the Fair Admissions Campaign to protest in particular the religious selection of students by state-funded 'faith' schools.