The Russian parliament has unanimously passed an anti-gay "propaganda" law today, condemned by human rights groups around the world as violation of fundamental freedoms.

A large majority of lawmakers also voted through a law which limits freedom of expression by criminalising "public activities expressing clear disrespect to society and carried out with the aim of insulting the religious feelings of believers" with a sentence of up to three years in prison.

The anti-gay bill, waved through the Duma today, not only bans "propaganda" supposedly encouraging young people to become gay, it also outlaws telling children (under 16) that same-sex relationships are "socially equal".

President Putin is expected to sign both laws into force in the coming days. An estimated 10,000 to 15,000 people marched today in Moscow protesting against Putin's increasingly authoritarian rule and the detainment of political prisoners. The rally coincides with Russia Day, a national holiday.

Gay Pride marches were banned in Moscow last year, for 100 years. The order, supposedly in the interests of "peace", lasts until the year 2112. 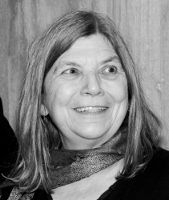 "Russia has forfeit all pretense to rational government with this latest agitation against gay people and gay rights groups, as well as banning views which may be 'insulting the religious feelings of believers'," commented Sonja Eggerickx, president of the International Humanist and Ethical Union (IHEU).

Mikhail Markelov, a member of the ruling United Russia party, defended the new 'religious feeling' law saying: "We are not talking about the subjective term 'religious offense', which is admittedly difficult to qualify. The law only punishes public acts that obviously go out of their way to insult a religion."

Eggerickx commented, "The defence of this crackdown on free expression is nonsense. The difference between 'religious offense' an 'insulting a religion' which the United Russia party draws is vacuous and all the same problems of subjectivity apply. It will only make it easier to hand extensive prison sentences to anyone who speaks against the church authorities or religious beliefs, which are and should remain legitimate subjects of debate."

"Lawmakers have also betrayed their constituents by passing yet more legislation aimed at marginalising gay people. The so-called 'propaganda' bill criminalises progressive views on gay rights, including the scientific understanding of homosexuality, and undoubtedly it will foster further violence against sexual minorities in the country. It also sets a dangerous precedent to other states debating anti-gay legislation."