A writer and activist known for his liberal views was sentenced on Monday to 600 lashes and 7 years in prison by a Saudi court.

Human rights groups have blasted the sentence as a violation of human dignity, freedom of expression and opinion. 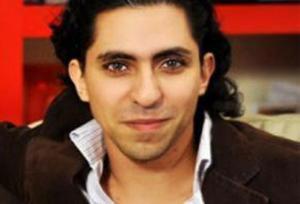 His lawyer, Waleed Abu Alkhair, said Badawi had been found guilty of criticizing the religious police and calling for “religious liberalization” through his website, which the court found to be a threat to “general security”.

An additional charge of “apostasy”, for which the maximum sentence is death, was dropped after Badawi said he was a Muslim. Badawi nevertheless told the court “everyone has a choice to believe or not believe.”

Specific blog posts, calling for a relaxation of Saudi Arabia’s strict interpretation of Islamic Sharia, were cited against Badawi in court. His lawyer has said he will appeal the ruling.

Saudi Arabia is notorious for its legal system, which is based on religious precepts and, often, on the interpretative whims of individual judges.

The Free Saudi Liberals network that Badawi co-founded with female rights activist Suad al-Shammari, has previously called for an end to the devastating influence of religion on public life and personal freedoms in the Islamic kingdom.

Sonja Eggerickx, president of the International Humanist and Ethical Union (IHEU), said “The sentencing of this young activist is sickening. Badawi is a political prisoner and this is a gratuitous, violent sentence, evidently aimed at the suppression of non-conformist views, all on the pretence that ‘security’ is at threat and religion is ‘insulted’.

“We are working along with others through various channels to bring pressure on the Kingdom to understand and adhere to its human rights commitments and therefore to release Badawi without carrying out this extreme corporal punishment.

“However, we know from prior experience that many western powers are deeply invested in Saudi Arabia as an ally, and will pull their punches, even as the Saudi religious police and the courts continue to viciously suppress personal freedoms and religious or political dissent. The international community has avoided offering severe criticism let alone more substantive action, even in clear-cut cases such as this, where political prisoners are sentenced to punishments that can only be regarded as barbaric. We call on and challenge the international community to call this sentence what it is, to express their dismay, and to confront Saudi Arabia over this clear violation of basic rights and human dignity.”