It is with deep shock and saddness that we report the assassination this morning (Tuesday, 20 August) of one of India’s most renowned rationalist and Humanist leaders, Dr. Narendra Dabholkar.

Update: Also see further coverage from IHEU: Reactions to the death of Narendra Dabholkar, and a tribute from Narendra Nayak.

He was reportedly shot four times by two men on a motorbike this morning on Omkarweshwar bridge in Pune, Maharashtra state. He was reportedly taking his daily morning walk when he was assassinated, a route that may have been known to his attackers.

The murder comes days after the state government pledged to re-introduce an anti-superstition bill closely associated with Dabholkar’s work and opposed by many rightwing and Hindu nationalist groups as “anti-Hindu.”

A commited campaigner of great erudition 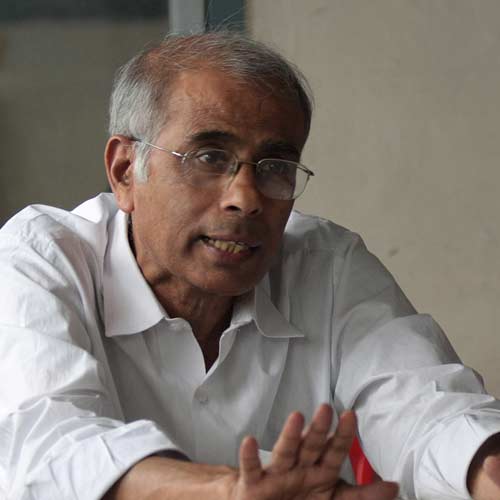 Dr. Dabholkar, a medical doctor, plunged into anti-superstition work in 1983 and built a concrete movement in his home state of Maharashtra.  He was founder of the Maharashtra Forum for Elimination of Superstition, Maharashtra Andha Shraddha Nirmulan Samiti, editor of Sadhana magazine devoted to propagation of progressive thought, and had served previously as vice president of the Federation of Indian Rationalist Associations (FIRA), an Member Organization of IHEU.

Dabholkar’s work over many years confronted and exposed the fraudulent practices of babas and swamis by explaining the science behind so-called miracles, often used to defraud some of the least well-off members of society of their money or possessions. Dabholkar organised teavelling troops of activists travelling all over the state, and campaigned at a political level with great erudition against superstition and so-called ‘black magic’.

IHEU’s director in India, Babu Gogineni, said, “Narendra was a person of great charm and commitment to the cause. He declined to spread his activism outside Maharashtra because he was keen on first developing a branch of his organisation in each village of the state. Organisational work of this kind made the movement a force to reckon with in Maharashtra state where he was spearheading the movement for a Bill against Witchcraft.”

An earlier Anti-Superstition Bill was passed in one house of the legislature but did not get through the second house. Undeterred, Dabholkar campaigned for a new Bill against ‘witchcraft’ which garnered the support of all the political parties, except the Shiv Sena and the BJP. The ruling Congress party, however, did not take it up on the Business Agenda of the Legislature. Gogineni comments, “Many suspect that this was because of the upset it would cause to the orthodox. When passed, it would be a most potent weapon in the fight against superstitions which sap the life blood of Indian society.”

Announcing a reward for any information on the murder, the Maharashtra government has called the murder a planned killing and criticised police for failing to protect the senior activist. “The incident is a blot on the state police and the government,” said Maharashtra’s Deputy Chief Minister Ajit Pawar.

A legacy of rationalism

Gogineni said, “Dr Dabholkar’s recent confrontations with the Khap panchayats which are talibanising Indian society, and his life time struggle against perpetrators of superstitions, may have earned him some enemies. Someone somewhere has committed a heinous crime against him. But Dr. Dabholkar’s work in the past 30 years has been the stuff that legends are made of. He remains a beacon of reason, rationalism and science in India.”

Sonja Eggerickx, president of the International Humanist and Ethical Union (IHEU), said, “Our thoughts are with his family and the many rationalist and Humanist colleagues with whom he worked so closely and so tirelessly over the years. Dr Dabholkar’s campaigns brought him onto political territory, but he was always a social reformer motivated by truth and a desire to fight injustice. We urge the authorities to investigate this vile murder and to explore without fear all the possible links to his work.”