On Human Rights Day, religious groups scupper report on the rights of women and girls at European Parliament

On Human Rights Day, yesterday, the European Parliament failed to adopt the progressive Report on Sexual and Reproductive Health and Rights (SRHR) authored by S&D MEP Edite Estrela. The report recommends that people have access to sex education, contraception and safe abortion, but at each stage of the process socially conservative religious groups which oppose women’s rights have been campaigning against it.

In failing to adop the report, the EP has mised a great opportunity to improve SRHS and promote women and girls’ rights.

By a narrow majority of 334 votes against 327, Members of the European Parliament voted instead in favour of a centre-right and far-right Resolution which declines any responsibility of the EU in the area of SRHR.

The International Humanist and Ethical Union (IHEU) and the European Humanist Federation (EHF) are among the co-signatories to this wider joint NGO statement: 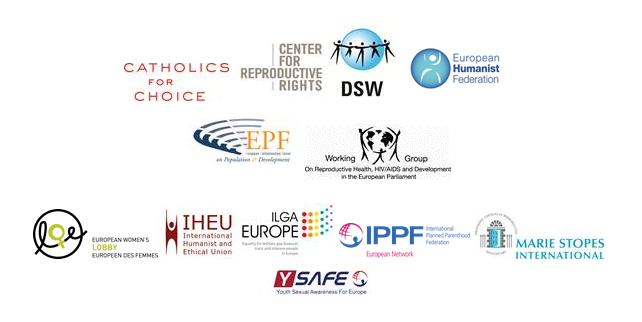 Differences on sexual and reproductive health and rights (SRHR) between the respective political groups of the European Parliament (EP) proved irreconcilable on Human Rights Day yesterday during the vote on the landmark SRHR Report. The report, authored by Portuguese MEP Edite Estrela of the Socialists and Democrats Group, offered MEPs an opportunity to mark the occasion by advancing the EP’s supportive position on sexual and reproductive rights, including access to accurate information about contraceptive methods.

However, after a well-funded and deliberately misleading defamatory campaign, the opportunity was narrowly missed by a margin of just seven votes. But MEPs also conclusively rejected an opposing motion tabled by the Europe of Freedom and Democracy Group, which proposed greater restrictions on access to safe abortion and other retrograde anti-choice measures, by an overwhelming 548 to 95 votes.

The amendment which won by a majority of seven votes – and thereby denied MEPs the opportunity to vote on the more progressive proposal – was tabled by the European People’s Party and European Conservatives and Reformist Group. It reaffirms the existing legal framework by underlining that the competence to develop policies on SRHR and sexuality education rests with the EU member states.

Organizations supportive of the International Conference on Population and Development (ICPD) agenda express disappointment that the European Parliament found itself unable to agree on a clear position supporting SRHR at a time when sexual and reproductive rights are under threat, both within Europe countries and in many others around the world.

Nevertheless, we celebrate the clear rejection of the anti-choice initiative on Human Rights Day and underline that this outcome has strengthened collective resolve, both within the parliament and beyond, to increase European support for SRHR in 2014, a year of elections for the EP and a crucial year for the ICPD internationally as it celebrates the 20th year of its Programme of Action.