Reactions to the Freedom of Thought Report 2013

Last week we announced the publication online of the Freedom of Thought Report 2013. A round-up of some of the responses follows below.

The launch was covered by Reuters (“Atheists face death in 13 countries and global discrimination: study“) and versions of this story appeared in many media around the world, including countries which in the report received moderate criticism (such as Nepal’s Himalayan Times), severe criticism (such as Israel’s IsraelNationalNews.com and India’s IndiaToday.com) and even those countries receiving the very worst rankings (such as Malaysia’s Malay Mail). Good ratings were noted by media in countries given the “Free and Equal” status (for example Belgium’s Nieusblad.be).

Many Humanist groups covered the launch, of course, including Member associations in America, Belgium, Britain, Germany, Norway, and others. 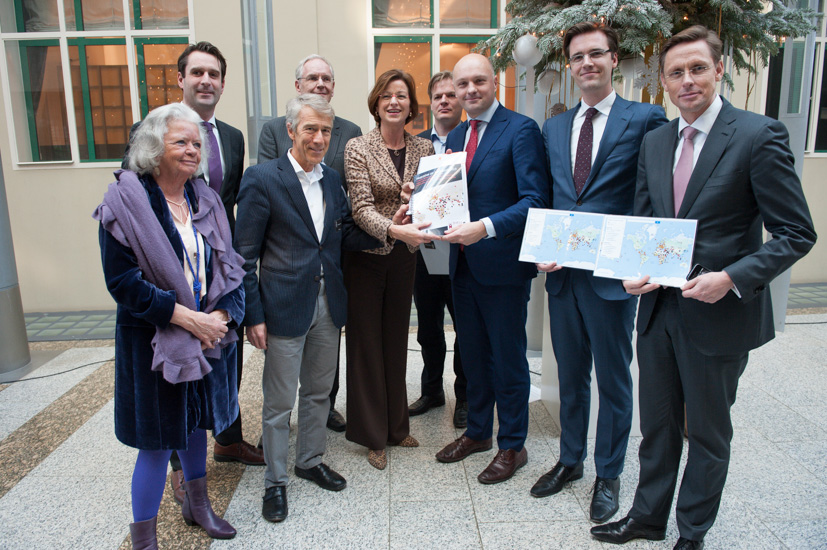 The Dutch Humanist Association, Humanistisch Verbond, presented the report at the Netherlands Ministry of Foreign Affairs on the same day as the launch. Dutch Humanists president Boris van der Ham, director Ineke de Vries, and IHEU vice president Rein Zunderdrop presented the Freedom of Thought report to staff who welcomed and supported the findings. “The Netherlands is committed to supporting your work on the right to freedom of belief,” said Lionel Veer, Dutch Human Rights Ambassador. “Netherlands guarantees that every individual should have the freedom to shape his or her religious or philosophical identity. This includes the right to theistic, non-theistic or atheistic beliefs and to convert from one religion to another. Within the UN, the Netherlands is committed to the right not to have a relition and that it be included in the relevant resolutions.” The Chairman of the Parliamentary Committee of Foreign Affairs Angelien Eijsink (PvdA) accepted the report and MPs of several parties, CDA, PvdA, VVD, D66 and PVV were also present.

Original reporting or additional comment has been seen from theWire.com, which noted:

“Although not on the list of 13 [states with death for apostasy laws], Bangladesh receives some special attention in the report as a particular low-light. Several non-religious and atheist bloggers and journalists in the country have faced death threats and harassment this year in the wake of a series of government prosecutions for blasphemy. One blogger, Ahmed Rajib Haider, was murdered with a machete outside of his home. The report also incorporates assessment of general free speech protections in each country. Russia earned significant criticism in part because of its anti-LGBT “propaganda” laws.”

The UK’s Economist magazine gave an original overview of the report under the headline “Hard times for humanists”, linking discrimination of the non-religious today to the death of Socrates in Ancient Greece, “put to death on charges that included non-belief in the state religion”. The Economist adds:

“To its credit, the report observes that atheist tyrannies can crush human freedom at least as ruthlessly as theocratic ones. It notes that “totalitarian states like North Korea…impose a state ideology that is as all-controlling and intolerant as that of any theocracy” where “any hint of independent thought…is liable to meet with the severest punishment.””

The International Business Times focused on possible sentences for capital punishment, but used the somewhat diminutive phrase “Raw Deal” in the headline. It concluded, “In 13 of the Muslim countries around the world, people who espouse atheism or reject the official state religion of Islam are beheaded.” In fact, the manner of execution allowed in law varies, for example by hanging, and most of the countries with such punishments allow “apostates” to recant or to be “re-educated”, which means the fatal sentence is carried out rarely in most such states, though of course the effect of severely suppressing atheism remains. FrontPage Mag also focused on the fact that death for apostasy laws exist only in Islamic countries today, which is true, but concluded, “So even [in] Western European countries where blasphemy laws are an issue, they are mainly an issue for people who criticize Islam.” The latter was not a claim made in the report, and the report contains examples of legal pressures under “blasphemy” and “insult” laws used to prosecute poeple who had commented on other beliefs and figures, usually Christian.

IHEU’s Bob Churchill, editor of the report, has a comment piece on Huffington Post looking at which countries criticised in the report are current members of the UN Human Rights Council.