The Boko Haram insurgence in Nigeria: a cry for help

News is breaking of further atrocities in Nigeria today. Yesterday the Islamist terror group Boko Haram again attacked villages in Borno state killing at least 60 in a gun spree, throwing explosives into random houses, and departed only after vandalising the watering holes essential to the community. Today a bomb blast in a bus park in the capital, Abuja, has killed at least 40. It’s just the latest in a year of bloody attacks, the worst period in a campaign of terror that began in 2009.

One young writer, Ogechi Nwobia, here issues a plea for help to the international community.

April 18th 2011. It was my birthday. I was in school somewhere in South-Western Nigeria and my family was in the North; Zaria, Kaduna State precisely. I put a call through to home that morning and was shocked to hear that violence had broken out there following the announcement of election results. I was not in the north but my entire family was and the terror I felt is something I’ll never forget. The crisis went on for days. Gory pictures littered Facebook and Twitter, death tolls kept rising and fresh names kept coming in as deceased. I was panicked. I expected to receive a phone call at any moment telling me I’d lost a family member. I was terrified, I was far from the crisis and I was completely helpless. 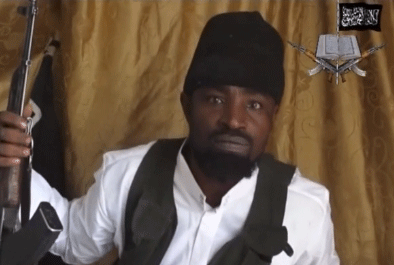 That was two years ago but right now, that is exactly how I feel. Terrified and helpless. Since the Boko Haram launched its attack on Nigeria in 2009, the Northern part of the country has remained under intense terror. The group whose propaganda is the eradication of Western education as well as Islamization of the nation has endlessly rained terror on citizens in the north-eastern part of the country. Thousands have been killed and several more displaced yet the government seems unable to combat the menace.

Nigerians have been numbed by these attacks. When news comes in, most people empathize and move on. The dead are not named. It’s like they have no names; they are just numbers. Sadly these numbers were friends, families, parents, children, siblings and loved ones. Nigerians have mostly given up and one cannot begin to fathom how the citizens in north-eastern Nigeria fare on a daily basis. They literally live each day like it is their last. No one deserves to live like that; certainly not innocent citizens whose only crime is being Nigerians in their own country. The victims of these attacks are both Christians and Muslims alike, men, women and children. Death tolls keep rising and the violence is unending.

In this year 2014 alone, [over 1,500 people have been killed according to figures from Amnesty International]. From Gashigar to Bama to Konduga to Arboko; these are small communities located in the remote parts of Borno State. Gun men invaded these communities shot people and razed buildings down. This is not just pathetic but heart-wrenching too. Government continues to ‘condemn’ the acts but we do not see any difference or positive results. We cannot continue like this. Indigenes of such communities live in constant fear of attacks. No one knows who will be next and the likelihood of surviving such an attack.

In September 2013, over 50 students of a college of Agriculture in Yobe State were murdered in cold blood by the same terrorist group. The government condemned the attack and promises were made to continue in the fight against Boko Haram. The attacks have however not stopped still. Only a few days ago, precisely February 24 2014, over 49 students were killed in a Federal Government College in the same Yobe State. Nigerians are concerned and greatly distressed. A survivor of the attack said he was shot at in his sleep. This is callous, brutal and cannot be allowed to continue. We can only imagine the agony of parents whose children were killed in the massacre. Young children with promising futures, shot in their sleep, others had their throats slit and yet others were burnt to ashes. What was their crime? They were students in school. We simply cannot continue like this anymore.

In a Presidential Media chat [earlier in the year] where issues plaguing the country were raised, the President did precious little to strongly assure Nigerians that we are indeed winning the war on terrorism. Very minimal information was given as regards what exactly has been done. Rather the President threatened to withdraw troops from Borno for a month simply because the governor of the State had earlier complained that government wasn’t doing enough to help combat the terrorists.  If a governor complains that the military isn’t doing enough, a better solution would be to improve, certainly not threaten to withdraw troops to make a point. At this point we are convinced that the government cannot help us and we are crying out for help.

The issue is not whether the insurgence has religious or political motives. The issue is innocent lives continue to be taken on a regular basis and the government seems unable to handle it. Government continues to ‘condemn’ such attacks but citizens require more practical responses. The questions of who their sponsors are and the source of their sophisticated weapons remain unanswered. Citizens are tired of the endless bloodshed and reign of terror by this group. It is why we cry out to international organizations right now to help us.

If the military cannot handle the group then the US, the UN and all other international bodies should join and help us. Nigerians who live in North-Eastern Nigeria are currently under severe threat; conditions no one should have to deal with in a sovereign State. Nigeria’s military is ranked 5th in Africa by the Global Fire Power ranking. The question remains; if the military is that strong, why have they been unable to flush out the Boko Haram terrorist group?

Centenary celebrations are ongoing in the country, supposedly celebrating a hundred years of unity. We strongly feel this is very insensitive of the government; to carry on with such fanfare and glee when the country is falling apart. Parents mourn the loss of their children, twenty five young girls are still missing, having been kidnapped by these terrorists yet the Nigerian government celebrates. This is selfish, cruel and unfair to those who mourn. 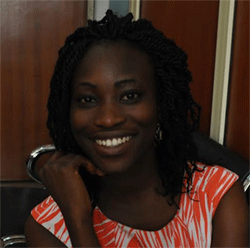 We need help as a county and we need it now. Nigerians in north-eastern Nigeria are being annihilated and the government has failed to help them. Concerned Nigerians are crying out to international human rights groups, news agencies and the international community. Please help us. Help end the ongoing genocide in north-eastern Nigeria. We are terrified, panicked and helpless. Please help us.

Ogechi Nwobia is a writer and concerned Nigerian. This article first appeared in International Humanist News, March 2014. Note: The estimate of total deaths caused by Boko Haram this year has been revised upward since this piece was first published.