Dr Stopes-Roe was an influential figure in the British and international humanist movements, to both of which he gave decades of service. Son of the birth control campaigners Marie Stopes and Humphrey Verdon Roe, he began his career with BSc and MSc degrees in physics from Imperial College, London, which he followed with a PhD in Philosophy from the University of Cambridge. As a philosopher he lectured in Science Studies at Birmingham University, before turning to moral philosophy, in particular developing a secular, Humanist ethic. 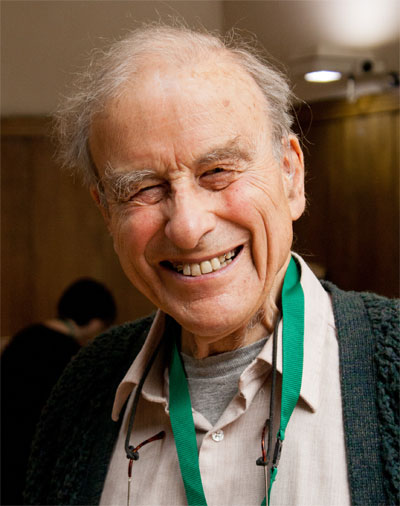 Dr Stopes-Roe found in Humanism a cogent expression of morality, and this motivated much of his work with the British Humanist Association (BHA) and the International Humanist and Ethical Union (IHEU).

Over a distinguished career, Dr Stopes-Roe served as Chair of the BHA and was appointed Vice President in 2005. He was heavily involved in the formulation of BHA policy on religious and moral education over a number of years, and also played an active role in the Values Education Council UK and Religious Education Council of England and Wales representing the BHA.

His pioneering international work included chairing the IHEU working group that developed the ‘Minimum Statement’ on global Humanism to unite the humanist associations of over forty countries in a common commitment. The statement is still in use and reads:

Humanism is a democratic and ethical life stance, which affirms that human beings have the right and responsibility to give meaning and shape to their own lives. It stands for the building of a more humane society through an ethic based on human and other natural values in the spirit of reason and free inquiry through human capabilities. It is not theistic, and it does not accept supernatural views of reality.

Dr Stopes-Roe also developed and popularised the term ‘life stance’, which did a tremendous job of communicating and establishing a clear identity for Humanism.

BHA Chief Executive and IHEU first vice president Andrew Copson said, “All of us who worked with Harry were energised by his commitment, stimulated by his intellect, and full of respect for his contribution to the humanist movement over many decades. We will miss him but are all profoundly grateful for having known him.”

IHEU president Sonja Eggerickx said, “Harry was regularly a delegate for the BHA at IHEU’s general assemblies and congresses where he was always extremely vigilant on what was said. He was both philosophically and democratically minded. He impressed me from the very first time I met him (IHEU’s Congress in Mexico, 1996), but also Rationalist Press Association meetings and everywhere he could be. We have lost a thoughtful, generous, and engaged man.”