Despite being firmly established in international human rights law and a matter of basic human dignity, the rights of LGBTI people are violated in numerous states. 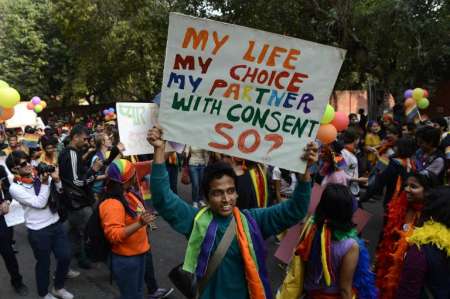 The International Humanist and Ethical Union (IHEU) spoke at the UN Human Rights Council today, highlighting the issues faced by sexual minorities, including state and police authorities’ complicity with vigilante violence. In particular, considering national laws which discriminate and violate human rights, IHEU criticised the spurious defence of such laws as being based on popular appeal or democratic mandate.

The full statement by Elizabeth O’Casey follows below.

The right to free expression and assembly for LBGTI people

The obligation of states to safeguard the human rights of LGBTI people is well established in international human rights law[1]. Yet, as recognised by the Special Rapporteur on the rights to freedom of peaceful assembly and of association, LBGTI people are some of the most vulnerable in terms of having their rights to free expression, association and peaceful assembly denied[2].

The denial can come both from state sanctioned abuse of rights and the influence of vigilantes acting with impunity to foster a climate of fear.

Vigilante acts against known or suspected LGBTI people and activists, as reported in states such as Cameroon[3], Jamaica[4], Iraq[5] and Russia[6] inhibit LGBTI people from freely being able to exercise their right to expression and assembly. Vigilantism has included persecuting, outing, lynching, hunting, torture and murders of LGBTI people[7]. Often police do nothing to pursue perpetrators, or can even be complicit[8].

State laws also play a key role in impeding the enjoyment of the rights to free expression and assembly of LGBTI people; for instance, laws against LGBTI activism, selectively-used “public morality” laws, the criminalization of the promotion of homosexuality, or penalties for “aiding and abetting” it[9].

A common way in which these laws and actions have been defended is to show their popular or democratic legitimacy. Likewise, impunity often comes from an underlying populist or institutional support of vigilante action.

Democratically-determined discrimination and human rights abuse, Mr President, remains discrimination and human rights abuse. Being popular doesn’t make it right. We urge this Council to do more to stress that the rights of individuals, born free and equal, are universal and enduring, regardless of how many people choose not to accept it; the international community needs to reinforce this fact in in the face of the many people who are trying to undermine it.

[6] Whilst official numbers of homophobic attacks in Russia are low, it has been argued that this is a result of attacks often not being reported, and when they are police rarely label them as such. One poll last year of nearly 900 people by the Russian LGBT Network found more than 15% had experienced physical violence between November 2011 and August 2012. http://www.upr-info.org/IMG/pdf/lgbtnet_upr_rus_s16_2013_lgbtnetwork_e.pdf, and http://www.channel4.com/news/gay-russian-sochi-hunting-season-we-are-the-hunted , http://www.pinknews.co.uk/2013/07/26/russia-gay-teenagers-tortured-and-made-to-come-out-on-video-by-militant-anti-paedophilia-group/

[This statement by Elizabeth O’Casey was delivered by Hannah Bock on her behalf.]