The new Anti-Homosexuality law in Uganda has been declared “null and void” by the constitutional court, ruling on  a challenge brought by experts and LGBTI activists.

However, the ruling was made on the basis of a failure in parliamentary proceeding, as opposed to the persecutory nature of the law, and previous prohibitions against homosexuality remain in force.

The Anti-Homosexuality Act, which in early drafts had proposed a death penalty for those found guilty of ‘homosexuality’ on more than one occasion, took several years to reach a parliamentary vote. It was passed earlier this year and ratified by President Yoweri Museveni in February. 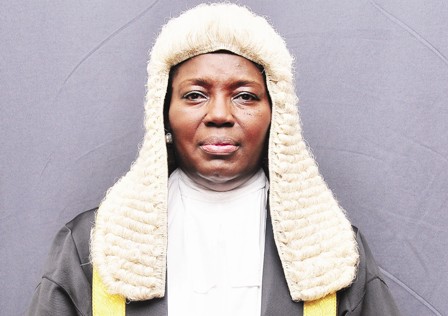 The Speaker, Rebecca Kadaga, was found to have acted “illegally” in calling a parliamentary vote without quorum

However, the constitutional court found today that the parliamentary speaker, herself a lawyer by profession, ignored at least three warnings from the floor that parliament was not quorum (there were too few members in parliament) on the day of the vote.

“The speaker was obliged to ensure that there was quorum,” the court said in its ruling. “We come to the conclusion that she acted illegally.”

The International Humanist and Ethical Union (IHEU) severely criticised the Anti-Homosexuality bill from early draft and commented in its Analysis that the Act in its final form remained “a breach of fundamental rights”,  which “entrenches ignorance and falsely validates insidious myths about gay people. We hope the law will be challenged as a breach of the country’s constitution on the grounds of discrimination and for breaching fundamental rights, and we can hope it will be repealed”.

LGBTI rights campaigner Frank Mugisha said today “…Uganda’s lesbian, gay, bisexual and transgender community can celebrate a small victory against oppression… However, we are disappointed that the case was not heard on its true merits. The truth is that, not only is the anti-homosexuality act persecutory, it is also unconstitutional and illegitimate. This law has no place in our society, which values dignity, privacy and equality for all our citizens. Until the act has been dismissed on the substance of our arguments, we cannot rest easy.”

Kato Mukasa of the Uganda Humanist Association (UHASSO) and the Humanist Association for Leadership, Equality and Accoutability (HALEA) said, “Of course there are other important grounds of human rights nature and these have not been the major determinants in setting aside the new law. So, we for sure know that this is but a step in the fight against homophobia, we are not yet there, we anticipate a battle ahead, and it is most likely that those who agitate against gay people will go back to parliament. But still the other grounds, namely human rights considerations, will still be sufficient to enable us go to court and challenge the barbaric AHA.”