ISIS: States across the region share in the responsibility, having promoted an ideology of supremacism and violence

Representatives of the International Humanist and Ethical Union (IHEU) to the UN Human Rights Council in Geneva spoke this morning about ISIS, and emphasized to the council that the abhorrent crimes carried out by the terrorist group share a basis with ideologies promoted by nation states across the reason. 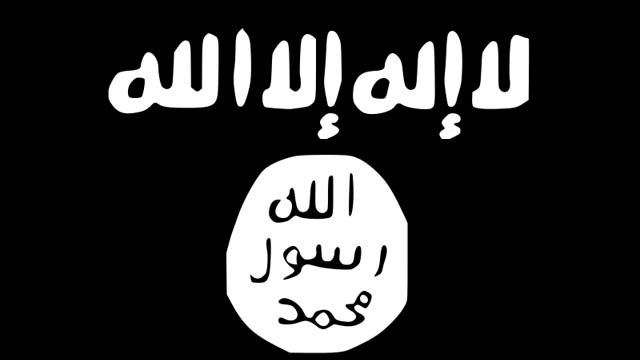 The flag of ISIS

Citing Saudi Arabia’s new law equating atheism with terrorism, as well as the several Middle Eastern states which severely punish “apostasy”, including through hanging and beheading, and states which actively promote misogyny and violent sectarianism, IHEU’s Head of Delegation Elizabeth O’Casey argued that in propagating “tribalistic religious loyalty and suppression” and attitudes to religious and non-religious minorities that can only be described as “supremacist”, these states must share in the responsibility for creating the monster of ISIS (the so-called “Islamic State in Iraq and Syria”, aka IS, ISIL or QSIS).

Speaker: Elizabeth O’Casey, Head of IHEU’S Delegation to the UNHRC

The current situation in Iraq is horrific. There are well-documented reports of women being used as sex-slaves[1], forced conversions[2], abductions, expulsions[3] and mass executions[4] – all targeted at those of the “wrong” creed or religion.

The actions of ISIS should be understood in the regional context of a pervasive denial of freedom of religion or belief, an on-going battle between Sunni and Shia power interests and the use of religious doctrine to oppress and abuse. ISIS’s actions demonstrate the sort of horrors that are engendered by a long-term denial of free thought and association through discrimination and sectarian oppression.

ISIS’s actions are brutal, but the basis upon which they occur – that is, the idea that some people, because they are of a different religious or non-religious creed, are a just target for abhorrent treatment – is one that is too often propagated by states in the region, and indeed by a number of individuals across the world. Be it through defining atheism as terrorism[5], apostasy as punishable by death[6], or young Western Muslims migrating to viciously assert the imagined supremacist rights of their “brothers” whilst violating the real human rights of everyone else. These modes of persecution are all rooted in a denial of human rights for those outside a chosen creed and feed into a most morally corrupt ideology, which supports, implicitly or otherwise, the extremist actions demonstrated by ISIS.

The musings of world leaders[7] on the extent to which this Islamist violence reflects Islam, or not, or whether religion inspires or is used as an excuse for violence, should have no immediate priority; the fact is, a climate has been created, including through the actions and unjust laws of sovereign states across the region, in which religious dedication is seen as a legitimate reason to actively support and participate in violence and oppression.

We acknowledge the Council’s recent resolution on Iraq[8], but wanted to highlight specifically the violent extremes that can be brought about by states who propagate tribalistic religious loyalty and suppression, and the urgency with which this Council needs to ensure freedom of thought, conscience, religion or belief is respected and championed worldwide.