What the world avoids talking about: Contemporary forms of slavery are rampant in many Arab states

There is slavery, including descent-based slavery, forced labour, and trafficking, endemic in many states in south and western Asia, and the world isn’t talking about it or taking it seriously enough, the International Humanist and Ethical Union (IHEU) told the UN yesterday. 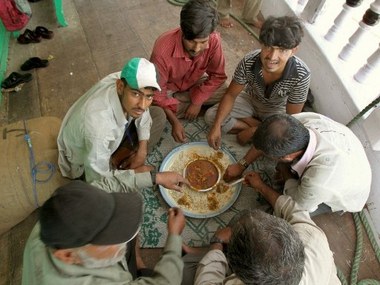 The remarks were made in a discussion of the Durban Declaration on racial discrimination, xenophobia and related forms of intolerance, at the UN Human Rights Council.  IHEU raised the issue of contemporary forms of slavery in the Arab world and the failure of states in the region and internationally to address the subject.

In her oral statement, IHEU head of delegation to the Council, Elizabeth O’Casey, highlighted the relative absence of discussion in the Declaration of the Arab-slave trade and looked at ways in which slavery manifests itself currently across the Arab region – for example, through forced labour, trafficking of women, and child marriage.

O’Casey noted the need for some more self-reflection on the issue so as to confront both the Arab world’s current and historically appalling legacy on the enslavement of human beings. Her full statement follows below.

The Durban Declaration contains only one mention of the Indian Ocean slave trade – also known as the Arab-slave trade[1]. This is conspicuous in its minimalism since the Arab-slave trade was responsible for exporting an estimated 17 million slaves to the coast of the Indian Ocean, the Middle East, and North Africa[2], but it is particularly noteworthy in so far as much of the region still has significant issues with contemporary forms of slavery and institutionalised discrimination against those of different ethnic, racial, national and religious identities.

In the Middle East, the ILO’s most recent estimate puts the number of victims of forced labour at 600,000[3]. The reports of the UN Special Rapporteur on Trafficking in Persons have identified as vulnerable to trafficking women and girls in the sex industry and in domestic work; men and boys in the construction industry and in farm work; and children in the camel race industry and those forced to beg[4]. The kafala system in some Gulf States has been found to be conducive to the exaction of forced labour[5]. Abuse against migrants is imbued and directed by discriminatory prejudices, including racism and xenophobia[6]

In parts of North Africa, civil society has reported the perpetuation of ‘descent based slavery’[7], where those born into slavery cannot own land, inherit property, marry outside of the slave caste or receive an education. Their children are considered ‘property’ of their masters and can be given away as gifts. The enslaved are often black Africans, ruled by those of Arabic decent[8], some are forced to convert to Islam[9].

Furthermore, temporary and early marriage has been used to disguise prostitution, slavery and exploitation of women in a number of countries across the region[10].

The Durban Declaration “urges States to take all necessary and appropriate measures to end enslavement and contemporary forms of slavery-like practices”[11]. We suggest that this should be taken more seriously by those states currently failing to respect the human rights of so many enslaved and trafficked people, and that some more self-reflection is undertaken so as to confront both the Arab world’s current and historically appalling legacy on the enslavement of people.