A win for fundamentalism, as Asia Bibi death sentence upheld

On Thursday the Lahore High Court upheld a 2010 death sentence for Asia Bibi, the woman at the centre of a “blasphemy” case that has drawn worldwide attention to Pakistan’s outrageous anti-blasphemy laws. Here, Gulalai Ismail, gives her take on Asia Bibi’s sentence, and the wider crisis of fundamentalism that is tearing the country apart. 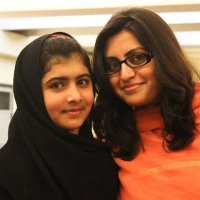 When states themselves become religious then inequalities, discrimination, and oppression become the destiny of citizens, especially for religion or belief minorities. The constitution of the non-secular Islamic Republic of Pakistan maintains that all laws must be according to the Islamic principles and no law should be contradictory to the principles of Islam. Different political and military leaders of Pakistan, in an attempt to gain public support, have Islamized the laws of Pakistan at the cost of the citizens’ rights.

With the growing influence of religious extremism, blasphemy became a key governing factor in Pakistan, be it internet governance or Penal Code justice. Blasphemy has been used as “an easy to get away with” excuse by state authorities to limit citizens’ access to information and to hamper their right to the freedom of thought and expression.

For example, in May 2010, access to Facebook was blocked because it was hosting a page “Everyone Draw Muhammad Day”, the ban was lifted only when Facebook prevented access to that page.  On 22nd Feb, 2008 the Pakistan Telecommunication Authority blanket blocked Youtube because of a 17 minute film named Fitna, alleged to be “blasphemous”. A local internet rights organization, Bytes for All, has filed a constitutional challenge against the ban.

Many ordinary people and civil society organisations believe that blocking access to websites and information is political, and the label of blasphemy has been used to bolster the case for censorship. Several other websites are banned in Pakistan on the pretext of blasphemy. Shahzad Ahmad, Country Director of Bytes for All, has said: “Internet in Pakistan is literally governed by Blasphemy Laws that has resulted in censorship and surveillance as a model of governance for different government functionaries. Government is using these anti-people and anti-human rights models to impose morality and false sense of national security.”

Blasphemy at the center of governance isn’t limited to blocking citizens’ access to information, it also curtails citizens’ right to the freedom of expression. The Blasphemy laws of Pakistan, commonly known as Black Laws among the secular circles, prohibit “blasphemy” against any recognized religion, providing penalties ranging from life time imprisonment to death. This law has been mostly used for supposed blasphemies against Islam or Islamic figures, as a tool to oppress religious minorities, and to suppress critical discussions around religion and religious figures.

Blasphemy has become a tool to prevent people from questioning religion and anything marked with the label of religion. In Pakistan it has become impossible to question anything which is labelled as “religious”, because questioning it means Blasphemy which could land one in jail for life time or can lead to death sentence. That’s if an Islamist mob or assassin hasn’t found you and killed you already. Many people accused of blasphemy never even see the end of trial because they are murdered first.

This law is a control mechanism and an abuse of the basic right to freedom of expression. 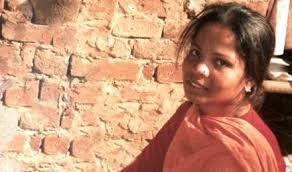 Asia Bibi, before her long incarceration for “blasphemy” began in 2010

Asia Bibi was a Christian farmworker, before she was locked up in 2010. She had been picking berries with her Muslim co-workers, when the farmer asked her to bring water for her co-workers, but the farmworkers then refused to take the water bowls that she had touched, because she was a Christian. It led to an argument between them, she was accused of insulting the Prophet Muhammad (a common accusation at the heart of “blasphemy” trials, despite it being so unprovable and so easy to claim; fall out with someone, you can simply decide to ruin their lives by ardently accusing them of “insulting the Prophet”!). She was beaten by an angry mob. And though Asia Bibi denied the charges, in November 2010 she was sentenced to death by the municipal court, irrespective of the insufficient, word-against-word evidence.

This week’s ruling upholds the 2010 death sentence. Asia Bibi’s lawyers have said they will appeal again, at the Supreme Court, though without expediency this could take another three years just to come to court (all the time with Asia Bibi in detention, awaiting a possible death sentence).

The death sentence for Asia Bibi captured both national and international attention. In Pakistan it made the division between secular and non-secular sections of the society more clear. The human rights groups of Pakistan stood up for Asia Bibi’s unconditional release while the extremists reiterated hatred against her. Political activist Salman Taseer who was then serving as Governor of the Punjab Province took interest in the case, met Asia Bibi and recommended revising the blasphemy laws, in particular to prevent their malicious use against authorities.

But standing in solidarity with Asia Bibi and the plea to revise blasphemy laws were act that were themselves regarded blasphemous by Islamist extremists, including Taseer’s own bodyguard, Mumtaz Qadri. When it comes to blasphemy in Pakistan, people become the persecutors and end up killing those who are accused of it. Asia Bibi was sentence to death by the court on charges of blasphemy while Salman Taseer was shot dead by his own body guard — yet another one of many extrajudicial blasphemy murders.

It was with great horror that we saw the assassination of Salman Taseer celebrated by the lawyers, religious political parties, huge crowds of  public, and extremist groups. Large processions were held across the country to celebrate the assassin, Mumtaz Qadri, as a hero, and to condemn Salman Taseer.  Mumtaz Qadri became a national hero overnight.  The one who stood up for the right of a religious minority was seen as an apostate and a traitor, while a murderer, the hero.

Religious extremism isn’t new to Pakistan, it was sown in the very basic foundation and ideology of Pakistan, was cherished further by politicians and military dictators to gain public support and to create a sense of a national identity on the basis of a “Muslim Nationhood”.  A social construct has been developed which sees “different” as “the other” and the other as “the enemy”. Religious minorities are seen as the enemies Pakistan, and they are at the sharp edge, being exploited in the name of blasphemy laws.

The slogan of religious extremist groups “Ghustaakh-e-Rasool ki aik he Saza, Sar Tan se Juda” (“Only one punishment for the one who insults Prophet Muhammad, cut his head from his body”) has been owned by many people across the country, even the political activists of secular political party like Awami National Party whose hundreds of workers have been killed by the Taliban, have used this slogan to win voters.

It is to our shame that religious minorities are living a life of second-class citizens in Pakistan, facing incidents like target killing, their homes being burnt down, or in a case from last year, set on fire on account of blasphemy. Only some of these cases make it up to the international news.

Looking at the situation, I don’t have the hope that the Judiciary of Pakistan will release Asia Bibi unconditionally even if they appeal in the Supreme Court of Pakistan. As we have seen this week, the institutions of Pakistan lack the courage to stand up against radicalization and violent extremism, instead they endorse discrimination and extremism. They know for example the fate of the judge who sentenced assassin Mumtaz Qadri to death; the judge had to flee the country with his family for he was aware that he and his family would face the same consequences as Salman Taseer. Taseer’s son Shahbaz Taseer is himself still in the custody of Taliban. It all amounts to massive intimidation that means those responsible for true justice are scared for their lives to carry it out.

Violent religious extremism has become a complex issue, the challenge to Pakistan now is not only violent extremist groups but the institutional radicalization which seeps into the constitution, laws, and state machinery. A Social activist and lawyer Khadija Ali who works on empowering young people through her initiative, Tabeer, said: “The extremists and terrorists have become a punching bag for us all to punch every time a bomb goes off. Have we ever peeked into our social norms, our laws and our Constitution and identified the extremist measures inside our own State structures? We follow the ideology, the discourse and the agenda of the extremists by constantly calling our national identity as that of Muslims only. We define our borders not in terms of geography but in terms of ideology. We view our State as a stronghold for unity of Muslims rather than just Pakistan. Just Pakistan!”

Moving towards a pluralistic and peaceful society in Pakistan would mean equal rights for all citizens in constitution, revising of curriculum, and ensuring equal rights and equal participation of all participants irrespective of their race, religion, ethnicity or gender. It’s time for the State of Pakistan to make the Human Rights of its citizen primary, and to let religion be a personal matter, and it’s time for every individual to fight the extremist inside. Only then can we fight the challenge of extremism outside.

Gulalai Ismail is the founder member of Aware Girls, a campaigning and educational organisation in Pakistan, and a recipient of the IHEU International Humanist Award 2014.