After attack on humanist leader, take a stand!

I will continue working for humanism… more determined than ever.

These are the words of Kato Mukasa, following a fourth attack in recent months, apparently aimed at his work on humanist issues and human rights. 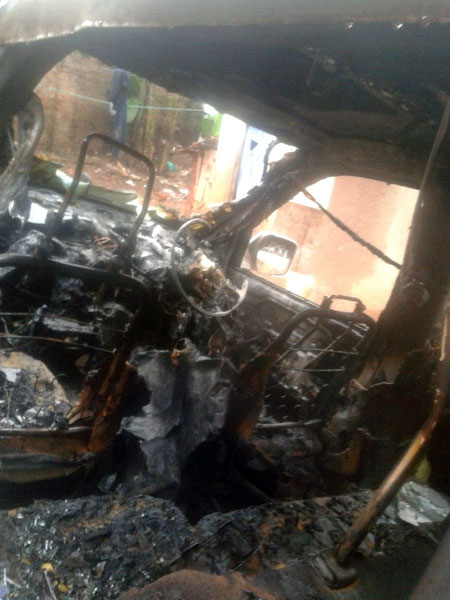 The burnt out remains of Kato’s car

Following two incidents (an intimidating act of vandalism, then a burglary) in June and July at his Kampala office, where the Humanist Association for Leadership, Equality and Accountability (HALEA) is based, as well as a personal attack on a staff member at their home, Kato was then awoken in the middle of the night on October 30th.

Unknown assailants had set fire to his car. It blazed outside his home, nearly setting the building on fire. Only with the help of neighbours was the property saved (though not the car!)

Sonja Eggerickx, president of the International Humanist and Ethical Union (IHEU) comments: “Given the intimidating attack in June and the burglary in July, as well as the recent work by Kato on sensitive — and entirely legitimate and necessary — human rights topics, this incident looks very much like an act of targeted intimidation. There was no attempt at burglary, only malicious arson. Speaking with local people, independent persons, and the humanist organization on the ground, we believe this malicious act was most likely aimed at chilling Kato’s work as a humanist, for humanist organizations, on moral and human rights issues which would benefit all of society.”

IHEU is making a grant for Kato’s security from our Human Rights Defence (HRD) fund.

The HRD fund is used to support the work of victims of religious intolerance, for specific individuals and to support sensitive work on human rights. 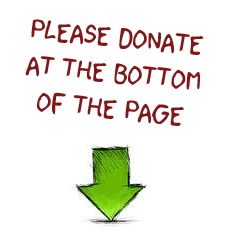 After the arson attack, Kato said “I worry for my family… However, I will continue working for humanism, doing my job at HALEA, more determined than ever. Regardless of the hate and persecutions, our struggle to empower the minds of our people should continue, whether I am around or not. I am sharing the photos of the spoils left. Thanks to you my friends for the love. Life goes on in uncertain ways… I only wish people would live and let live”.

In response to attacks on fellow humanists and human rights defenders we must stand up, refuse to be intimidated, and demonstrate our solidarity.

IHEU urges humanists to give now to the Human Rights Defence fund, so that campaigners and activists like Kato, and some of the hardest working humanists in the most difficult situations, can be given urgent support when times turn hazardous, for their personal safety and for the continuation of vital humanist activities.

Please give now at the bottom of this page.

Kato in his own words

“My name is Kato Mukasa, I am a humanist leader based in Kampala, Uganda. I am the Executive Director of Humanist Association for Leadership, Equality and Accountability (HALEA) and the Chair for the African Working Group of the International Humanist and Ethical Youth Organisation (IHEYO). 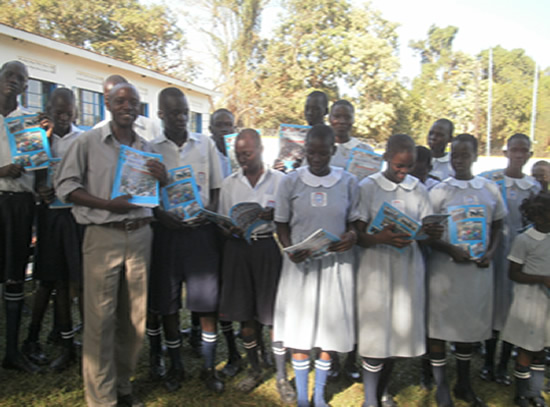 I am a lawyer and an economist by training, I have been a human rights activists and defender since 2005 and I have been involved in defending the rights of LGBTI community (and wrote a book demystifying the myths about homosexuality even when homosexuality remains criminal in Uganda), young mothers, women and teenagers against unfair cultural and religiously influenced policies, practices and laws. I have had some parents arrested for arranging marriages for their under age daughters.

What I do annoys rather a number of people who hold irrational prejudices and undertake indefensible actions.

My organization, HALEA, organises public debates in which we criticise the retrogressive cultural and religious practices and oppressive, moralistic laws such as the anti pornography and Public Order Management Acts and I have aggressively campaigned against the now quashed Anti Homosexuality Act.

Being a non-religious organisation, what we do has unfortunately attracted hate from several people who now brand us as Satanic, or “un-African”. I have been attacked on Facebook, and during radio appearances I have been abused on air.

I had somewhat gotten used to such kind of hate, but on 26 June 2014, the hate went to anoher level when a group of men driving a ‘big’ car-according to our former security guard- came to HALEA offices, demanded entrance and when it was denied, they resorted to uprooting the (very well-built!) HALEA signpost, defaced it, and threw it across the road. We reported this incident to police. On 7 July 2014, the attackers were successful, they knocked the security officer unconscious and broke into our offices taking valuable assets belonging to HALEA (as well as some camera equipment which did not belong to HALEA). We were paralysed, we reported to police and we have never got any positive result up to date. We are grateful to the loving humanist, atheists, and the freethinkers community who came to our rescue.

In August 2014, my assistant, Joseph Lukyamuzi was attacked in his home, but being in a slum area, he thought that they were ordinary thieves because they wanted to take away his property, he fought them off and the matter was not reported. We continued doing our work normally but in the early morning (about 3 am) of 30 October, I was attacked at my home. 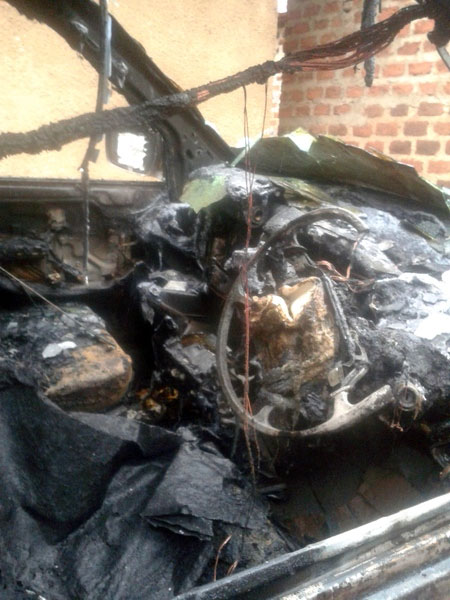 The driver’s seat of Kato’s burnt out car

At about 3 am, unidentified persons came to my home, the maid says she heard people moving around the house and trying to open her window and in a few minutes, there was commotion and then there was a bang and the fire started. They set the car ablaze. It is a trying moment to me and my young family, my children are greatly traumatized. Thanks to my good neighbors who came to my rescue and my family was saved. The entire house could have burnt down! I have contacted the police and the case ref: [number redacted], being arson has been reported.

At times like these, there are no conclusions to make but as usual, I expect no positives from the police since I have been attacked several times – at office and at an individual level – and no suspect has ever been arrested. I worry for my family… However, I will continue working for humanism, doing my job at HALEA more determined than ever. Regardless of the hate and persecutions, our struggle to empower the minds of our people should continue, whether I am around or not.

I am sharing the photos of the spoils left. Thanks to you my friends for the love. Life goes on in uncertain ways… The photos will tell the story more… I only wish people would live and let live.

Many people who talk to me as concerned friends are warning me that I may be attacked with acid or shot etc. I do no take such warnings lightly anymore though I will continue doing my work, for this is what I love doing…“

When people try to intimidate humanists and humanitarians for their work, we must – like Kato – become even more determined.

IHEU is already making a grant from the Human Rights Defence fund to help with Kato’s security for a year. The HRD fund is vitally important, allowing IHEU — the democratic umbrella of more than a hundred Humanist organizations worldwide — to respond to the urgent needs of pioneering activists, making the difference between whether certain safeguards are in place, or not.

Your gift to the Human Rights Defence fund will enable us to support campaigners like Kato, when there is a dire threat to their work, whether it is their security, legal needs, or other support. This makes all the difference.