Denmark announces it will keep its blasphemy law 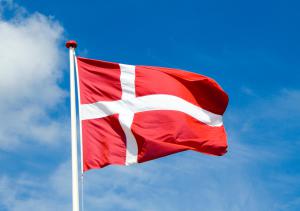 During the current session of the UN Human Rights Council, Denmark has announced that, after conducting a review on the matter, it would be keeping its anti-blasphemy.

The International Humanist and Ethical Union (IHEU) has expressed surprise and disappointment at both the decision itself, and the “backwards logic” used to justify it.

During an ‘interactive dialogue’ with the Special Rapporteur for Freedom of Religion or Belief, Professor Heiner Bielefeldt, the Danish Head of Section of the Human Rights Department in Denmark’s Ministry of Foreign Affairs, Vanessa Vega Saenz, spoke in support of the Special Rapporteur’s most recent report – in which he recommended that all countries who have anti-blasphemy laws should repeal them – but reported that Denmark was committed to keeping the anti-blasphemy clause in its penal code.

Ms Vega Saenz explained that a group of experts under the Ministry of Justice had been charged by the Danish Parliament to look into the legal and practical implications of a potential repeal of their anti-blasphemy clause and found that despite the clause not having been invoked in court since the 1970’s, it is “legally important” in that it gives the state the possibility to stop people burning bibles and Korans, and to punish those who do.

The decision to maintain the law, Ms Vega Saenz argued, was based on a number of factors, including the importance one attaches to free expression in relation to protecting religious feelings, protecting minorities and sustaining societal order.

“To defend a highly flawed law, clearly in conflict with freedom of expression, on the the basis that it is currently unused, but may be useful in the future to suppress hypothetical symbolic acts, even though there are already other laws in place that criminalise genuine incitement to hatred or violence, is backwards logic, and especially disappointing in the current climate of terrorist actions against expression on religion. European Union guidelines from the External Action Service are very clear when it comes to ‘blasphemy’ laws outside the EU and the necessity of free expression, including contesting and “ridiculing” belief, and it’s a great pity that states like Denmark continue to undermine these positive principles at home.”

During the interactive dialogue, a number of states explicitly spoke out against states maintaining blasphemy laws. Belgium, Norway and the United States all urged those states who still had anti-blasphemy legislation to repeal it, whilst Albania argued that anti-blasphemy laws often strengthened the culture of silence, further empowering intolerance. New Zealand said it would consider repealing its law in light of the Special Rapporteur’s report.

The Special Rapporteur on Freedom of Religion or Belief has recommended a number of times that in order to uphold human rights, all states with anti-blasphemy laws should repeal them.

When Elizabeth O’Casey, asked the Special Rapporteur about Denmark’s announcement, he said he was surprised, and emphasised the need for EU states to live up to the EU’s strong guidelines on freedom of religion or belief, in order to give them legitimacy abroad. The Special Rapporteur promised to raise the issue with Denmark when he visited the country later this year.

There are currently 68 countries in the world with legal restrictions against blasphemy; in six of those, the punishment for the specific crime of blasphemy is death. Articles 18 and 19 of the Universal Declaration on Human Rights and the International Covenant on Civil and Political Rights together determine the impermissibility of anti-blasphemy legislation under international.