The International Humanist and Ethical Union (IHEU) has raised the plight of anti-slavery activists in Mauritania with the UN Human Rights Council. 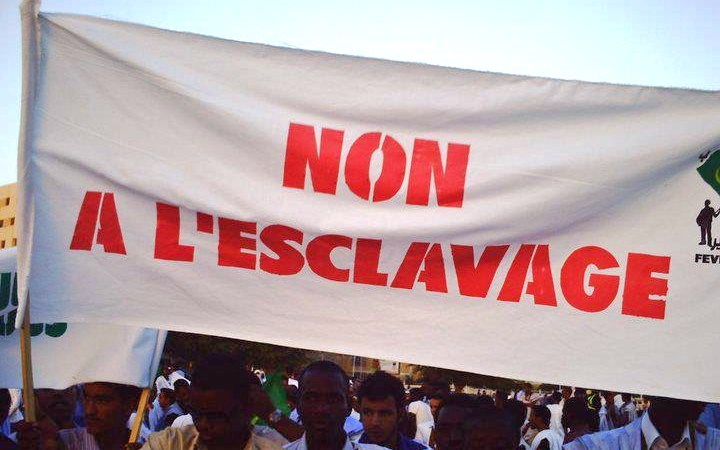 IRA-Mauritania demonstrate against slavery in the country

In a written statement to the Council, the IHEU set out the current human rights situation for those campaigning against slavery in the country and called for international action.

At the end of last year, a number of Mauritanian activists from the Initiative for the Resurgence of the Abolitionist Movement (IRA-Mauritania) were subjected to attacks by riot police, arrested, and arbitrarily imprisoned for seeking to raise awareness about land rights for people of slave descent and inform those susceptible to exploitation of their rights.

In January, three prominent activists were sentenced to two years’ imprisonment for inciting violence, disturbing public order, offending members of the authorities and being members of an unregistered organization. Those protesting the judgments were dispersed using tear gas and batons.

This recent episode is just the latest in a history of harassment, intimidation and repression by the Mauritanian authorities against those who campaign against slavery in the country.

Slavery is a major human rights issue in Mauritania; it has the world’s highest prevalence of slaves, mostly the black Africans, in indenture that is socially justified with reference to Islam. Despite a 1981 law banning slavery, it is estimated that between 155,000 and half a million Mauritanians live in conditions of servitude. Whilst, Mauritania passed a law setting penalties of five to 10 years in prison for all forms of slavery in 2007, the law is hindered by its requirement that it needs to be the slaves themselves who file a legal complaint before any prosecution can occur.

The IHEU called on the Human Rights Council to put pressure on Mauritania to release all those imprisoned because of their peaceful protest against slavery and to end their continuous harassment and intimidation. In its statement, it argued that the international community needs to work with the Mauritanian Government and NGOs in order to mainstream anti-slavery initiatives, and provide funding and technical expertise to help combat the abhorrent and anachronistic practice of slavery and its “vestiges”.

The IHEU’s Head of Delegation to the UN Human Rights Council, Elizabeth O’Casey, commented, “It is important that we continue to raise with the Council the many concerns we have about the human rights situation in Mauritania.

“The case of anti-slavery campaigners is notably disturbing in that, it not only shows Mauritania’s complete lack of regard for the basic human rights to assembly, association and expression generally, but it demonstrates a keenness by the authorities to deny such rights specifically to those people who highlight the issue of slavery in the country and who want to improve the situation of enslaved people there.”

The IHEU also remains extremely concerned for the welfare and future of a young writer, Mohamed Cheikh Ould Mohamed, who was sentenced to death for the crime of “apostasy” (leaving or changing religion) in December. Among other writings, he had also criticised the traditional hierarchies reinforcing indentured servitude in the country.