IHEU to UN: We must protect the people who promote and defend the right to free expression 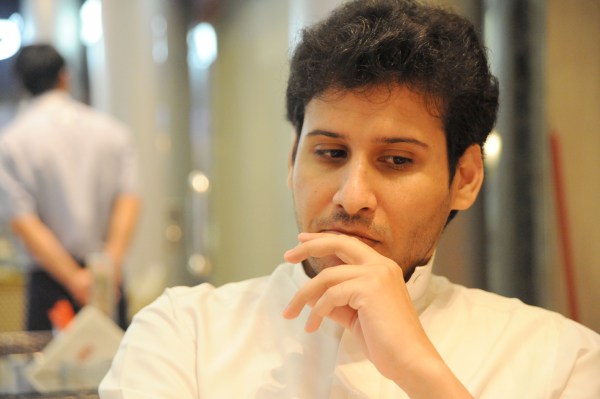 We need the right to speak freely and critically about religion and related topics, and it is also vital that we protect those who promote and defend this human right.

This was the message delivered by the International Humanist and Ethical Union (IHEU) to the UN Human Rights Council today. IHEU highlighted the dangers faced by all those standing up for individuals who are prosecuted for crimes related to expression on religion or belief, including human rights activists, lawyers defending those accused of “blasphemy”, and the writers, editors and campaigners creating platforms for open discussion.

We raised the situation for individuals prosecuted under restrictive laws in states such as Saudi Arabia and Viet Nam, which are UN Human Rights Council members, as well as cases in Pakistan and Mauritania.

Our statement was delivered by Hannah Bock and follows below in full:

In January this year in Mauritania, writer Cheikh Ould Mohamed M’Kheitir was sentenced to death for “apostasy”. M’Kheitir had pleaded not guilty to the charge, which related to an article he wrote in which he challenged decisions taken by the prophet of Islam and his companions during the “holy wars”[1]. Last year, Aminatou Mint El Moctar, Chair of the Association of Women’s Heads of Households, was the target of a fatwa calling for her death simply because she speaking out in support of M’Kheitir[2].

In Pakistan more than a thousand people have been prosecuted for blasphemy since it introduced its current anti-blasphemy laws in 1988. Hundreds are awaiting trial for blasphemy and dozens of those found guilty remain on death row[3].

In Saudi Arabia, a court sentenced a man to death last month by beheading after he was found guilty of insulting Islam after ripping a copy of the Holy Quran, filming the act and publishing it on social networks[4].

According to the family of Raif Badawi, the Saudi blogger who was sentenced to a decade in prison and 1,000 lashes for insulting Islam, he now faces the possibility of being beheaded by the state for renouncing the religion[5]. Badawi’s legal representative, Waleed Abulkhair, has just had his 15-year jail sentence upheld[6].

In Viet Nam, three activists known for calling for religious freedom in the country were sentenced to several years in prison[7]. It was reported that whilst the Special Rapporteur on Freedom of Religion or Belief, was visiting Viet Nam this year, police intimidated and put many dissidents and religious activists under house arrest[8].

Exercising free expression on matters of religion or belief and defending those who do so, is a right, Mr President, not a crime. Pakistan, Mauritania and Member States Viet Nam and Saudi Arabia might note their correlative duty to protect such rights, not criminalise them.