Restricting free speech does not ward off violence, it undermines humanity 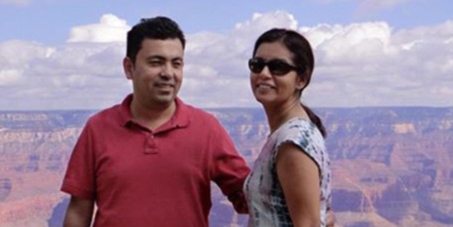 Avijit Roy was murdered, his wife Bonya Ahmed seriously injured, in a machete attack on the streets of Dhaka three weeks ago

In the wake of the Paris and Copenhagen killings and the murder of Avijit Roy in Bangladesh, at the UN Human Rights Council on Friday the IHEU’s Head of Delegation to Council, Elizabeth O’Casey, delivered a statement on the important relationship between freedom of expression and freedom of religion or belief.

O’Casey argued that, counter to the insidious narrative that free expression exacerbates violence in the name of religion, free speech is actually key to tackling such violence in the long term.  She highlighted the patronising and belittling effects of stifling speech, arguing that to do so undermined people’s humanity. She urged the Council to do more to implement the Rabat Plan of Action.

Her statement was supported by the European Humanist Federation.

The full text follows below:

The Special Rapporteur on Freedom of Religion or Belief’s report on violence committed “in the name of religion” could not have been more prescient. In the preceding months we have witnessed killings in Paris and Copenhagen and, just a couple of weeks ago, the hacking to death of an atheist on his visit to Bangladesh, all apparently in the name of religion.

These killings highlighted a perceived tension between freedom of belief and expression; indeed many have pushed a narrative of free expression as divisive and fundamental in its causal role when it comes to violence “in the name of religion”.

It not only ensures debate, showing-up harmful and erroneous views, it echoes the right to freedom of belief in that it respects human beings by allowing them to air their views, but does not automatically ensure a respect for such views[1].

Grounded in an inherent trust of people as agents who can challenge each other and foster progress, free expression is central to our humanity and dignity; to stifle it, is to belittle and patronise.

The Rabat Plan of Action is a nuanced and powerful tool this Council has to protect free expression whilst preventing incitement. Accordingly, we urge the Council to see that it is recommended for implementation by the forthcoming resolution 16/18 successor and enable National Human Rights Institutions to play a greater role in implementing and monitoring the Plan.

We owe it to those who have been brave enough to protect free expression in these fearful times – by having used it to challenge us and to question power – to stand up for it in this forum. I deliver this statement with the support of the European Humanist Federation and in memory of Avijit Roy, and those killed in the Paris and Copenhagen attacks.