At the UN Human Rights, the International Humanist and Ethical Union (IHEU) has outlined its concerns about notions of ‘culture’, ‘rel 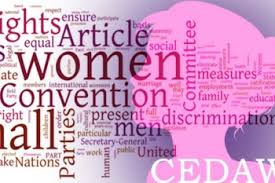 igion’ and ‘traditional values’ being used as justifications for discriminating against women around the world.

The IHEU’s Head of delegation to the UN in Geneva, Elizabeth O’Casey, highlighted a number of deeply damaging practices against women and girls that happen in the name of culture, religion and tradition, and called on the Council to reject these notions as justifications for State exemptions from international human rights obligations.

We would like to put on record our gratitude to the Working Group for its work and excellent report.

We share its concern about notions of ‘culture’, ‘religion’ and ‘traditional values’ being commonly used as justifications for discriminating against women.

Regrettably, a plethora of states and communities present culture, religion and tradition as artificially immutable concepts and use them to relegate women to a preordained inferior status, hindering the realization of their human rights. The argument for preserving such culture religion and tradition has been used by some States to justify reservations to articles of several human rights conventions, including the Convention on the Elimination of All Forms of Discrimination against Women (CEDAW).

These practices most often occur within the family context; accordingly, [like the Working Group] we were troubled by the passing of the “protection of the family” resolution a year ago, which failed to reaffirm the right of women to equality within the family. By emphasising instead the family as a unit, the resolution risked ignoring the rights of individuals within that unit and even risked legitimising the abuse of those rights so long as they happen within the family.

In contrast to a human rights framework that seeks to promote a set of normative instruments, the championing of ‘culture’, ‘traditional values’ and ‘the family’ relies on a tendency to merely reinforce descriptive historically-determined phenomena, phrased in a monolithic and static way, which essentially legally entrenches the habits of the majority.

When drafting the updated resolution on the family this session, we urge the sponsors to invoke a more pluralistic definition of the ‘family’, ensure an explicit mention of women’s equality within that arena, and to place the individual as a human rights bearer at the centre of the discussion.