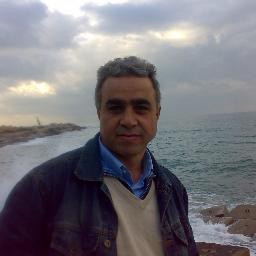 As reported in the International Humanist and Ethical Union (IHEU)’s Freedom of Thought Report last year, the Egyptian state is carrying out a targeted and vicious campaign of hate against its atheist citizens.

Speaking at the UN Human Rights Council today on behalf of the IHEU, Kacem El Ghazzali, described Egypt’s demonization of individual atheists as a clear threat to their freedom of thought and expression. He called on the Council to condemn the use of hate speech and incitement by Egypt against atheists, and to respect their rights of atheists, whilst protecting freedom of speech in the country.

Our statement follows in full below and is translated from Arabic (in which it was delivered):

Atheists and freethinkers in Egypt are being both socially and officially victimised and persecuted, and subjected to arrest and death threats. Significantly, the Egyptian state, which is supposed to protect all citizens regardless of their belief, has now become party to what many call “a war on atheism”.

In June last year, the Egyptian authorities carried out an organized campaign against young atheists. Mr Nuamat Sati of the Ministry of Youth announced a campaign to spread awareness of “the dangers of atheism” and why it constitutes “a threat to society”. Christian churches joined forces with Egypt’s Al-Azhar University in another anti-atheism campaign, saying that, “society should resist this phenomenon [of atheism].”

At the same time, charges of blasphemy and prison sentences continue to be made against freethinkers and atheists; just recently, Karim al-Banna, a 21-year-old student, was sentenced to three years in prison for saying on Facebook that he was an atheist.

Activist and writer Karam Saber has been sentenced to five years in jail in Egypt for writing, “Where is God?” – a book considered by the authorities as promoting atheism in the country.

Mr President, we are deeply concerned that these organised, authoritarian programmes against the organic growth of non-religious thinking in Egypt, while pretending to be a “scholarly” response to a social trend, go far beyond mere advocacy for religious belief or criticising atheism. Rather, these programmes malign atheism as “dangerous” and a threat to the state and society in a way that demonizes individual atheists and presents a clear threat to their freedom of thought and expression.

We urge the Council to condemn the use of hate speech and incitement against any religious or belief minority, and to urge Egypt to implement the Rabat Plan of Action – which seeks to prevent incitement to discrimination, hostility and violence whilst protecting free speech.