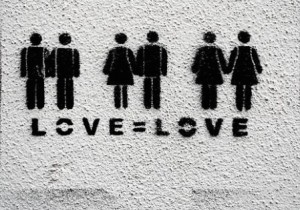 At the UN Human Rights Council today, the International Humanist and Ethical Union (IHEU) defended the fundamental importance of respecting the right to freedom of expression for LGBT people.

Whilst highlighting the ignorant and offensive premises upon which laws banning the distribution of material on LGBT rights are based (in countries such as Russia and Nigeria), Elizabeth O’Casey – the IHEU’s head of delegation – called on the UN to do more to protect the rights of all people, regardless of their sexual orientation or gender identity.

The right to equality protects individuals on the basis of their sexual orientation and gender identity and places a positive obligation upon States to respect the freedom of expression of LGBT people[1].

We all know this. So it’s perplexing, to say the least, that states such as Russia and Nigeria – and likely soon Kyrgyzstan – violate these rights through their anti-LGBT laws criminalizing public expressions of affection between same-sex couples and restricting the work of organizations defending LGBT people and their rights.

The 2013 Russian law banning the distribution of material on LGBT rights is officially for “for the Purpose of Protecting Children from Information Advocating for a Denial of Traditional Family Values.” The underlying assumptions upon which this ‘purpose’ relies are morally obnoxious and benighted, and amount to state-sponsored hate speech against a minority group.

Likewise the statements and slogans coming from a substantial number of anti-LGBT groups and religious lobbies (such as the Russian and Eastern Orthodox Churches and US Evangelical Groups) linking homosexuality to paedophilia [2] and suggesting the incapacity of LGBT people to be suitable parents[3] are grounded upon the same ignorant premises. They are grossly offensive opinions. But we defend these groups’ right to express them. We ask that the same courtesy is given to those seeking to express their (sexual) identity.

To deny a person the right to express who they are and who they love is to deny them the right to be them. Accordingly, we call on the Council to urge Russia and Nigeria to fulfil their obligations both as determined by international human rights law and as Members of this Council. It is the Council’s duty to protect the rights of all – whomever they love, whomever they are.