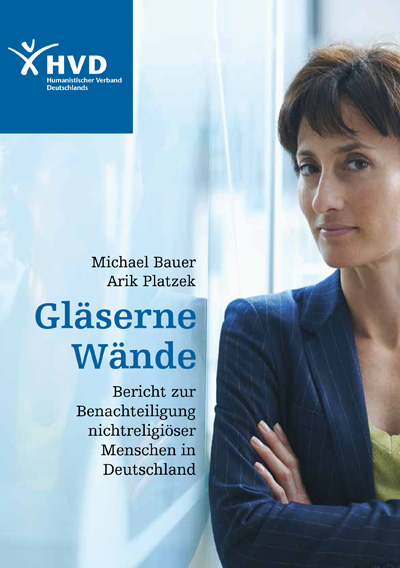 Cover of the report, Glass Walls

The report Gläserne Wände (Glass Walls) is the first to look at this topic with an indepth focus at the national level. “Our report lays open that non-religious people in Germany are systematically being denied their rights of equality, of equal treatment and equal participation”, says Michael Bauer, one of the authors and CEO of the Humanist Association of Bavaria.

On the labour market, in the educational system or within public or private media, citizens without a religious confession in Germany often find themselves structurally disadvantaged. They have no access to a significant number of state-funded jobs, they cannot rely upon an offer of a secular ethical education for their children at schools, and they are excluded from the boards controlling public media – although these institutions are all financed through public taxation, and the non-religious pay no less than declared religious citizens. These three examples are just a selection from the much greater number of relevant occasions, where non-religious people in Germany are experiencing discrimination and exclusion in their everyday life.

Glass Walls is inspired in part by the International Humanist and Ethical Union’s (IHEU) Freedom of Thought Report and extends and deepens HVD’s contributions to that IHEU publication. In ten chapters, Glass Walls addresses the various problems non-religious people in the country are facing today, in spite of the constitutional ‘basic law’ of Germany which requires equal treatment of all citizens as well as the equal treatment of religious and secular organizations. The report contains specific explanations of the legal backgrounds, mentions recent conflicts, shows case examples, and provides quotes from non-religious citizens concerned, and it offers policy suggestions aiming to end these different kinds of systematic discrimination.

Dr. Thomas Heinrichs, Berlin-based attorney and a law expert who is currently pleading a constitutional complaint against the failure to provide secular ethics at primary schools in the state of Baden-Württemberg, names one reason for the fact that the non-religious in Germany must be seen as second class citizens today: “Although our constitutional provisions are demanding the equal treatment of all religions and life stances and of religious and nonreligious citizens, in fact many laws are designed by taking the established Christian churches as a role model. Whoever is not organized as a church and whoever does not exist in the legal form of a comparable corporate body, appears legally as a non-entity – with the effect that members and adherents are treated as second class citizens because of their non-religious life stance. Although the reality of religions and life-stances has changed profoundly since the 1950s, this has not changed at all: The ‘Church’ is still the norm-setting model, all citizens organized in a different way with regard to their life stance therefore have to face significant structural disadvantages.”

The situation for specifically non-religious citizens compares unfavourably with that of most religious minorities who are included in the system of church-state relations in place. 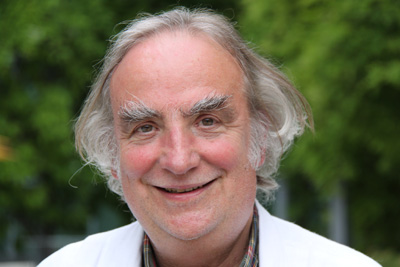 The first goal of the new report “Glass Walls” is to raise public and political awareness of the manifold and – occasionally – grave forms of discrimination against the non-religious in Germany. During the presentation of the report, Thursday, Frieder Otto Wolf, Professor of Philosophy at the Freie Universität Berlin and President of the Humanist Association of Germany, said: “Ad-hoc reforms including just some religions or other developments limiting change to a limited extension of the existing “cartel of established religions” are not only contradictory to our basic law, which clearly demands equal treatment of all religious and non-religious life stance communities (Weltanschauungsgemeinschaften),  they are a regrettable expression of a deep lack of respect and appreciation for non-religious citizens, and their valuable contribution of to our society and the common good. Still faced with a political situation which continues to ‘just forget’ the non-religious people very often, if not mostly, the importance is growing simply to bring across this simple and elementary message: We have got equal duties as citizens and tax-payers, therefore we do demand our equal rights, equal recognition and equal chances.”

In a separate intervention today (Wednesday 23 September) the HVD has responded to a new TV programme called Godless — Why People Kill. Wolf calls the title “unacceptable”, both for its somewhat derrogatory use of the term “Gottlos” (godless) and of course its “suggestive linkage of a non-religious view of life with the killing of human beings”.

Visit the dedicated website for Glass Walls at glaeserne-waende.de where you can download the report in full (German language).