Leo Igwe interviews Nosipho, on how she lost her Christian faith and embraced atheism 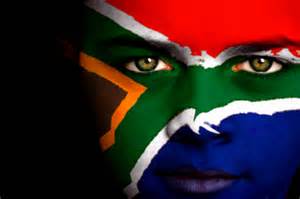 South Africa is one of the least religious countries in Africa. About 15 percent of the population identifies as having no religious affiliation and that includes atheists. While some would argue that the country’s non-theistic demography is mainly white, there is a growing number of black South Africans who are atheists and who do not profess any religion. So, the religious demography in the country is undergoing a rapid change. Recently I conversed with a black South African woman, Nosipho, who narrated how she abandoned her Christian faith and embraced atheism: “I am 39 years and was raised by my grandparents, my mother had me when she was just completing school and when she got married, my grandparents thought it was better that they raised me. My grandparents both attended Assemblies of God and so I grew up having to compulsorily attend church. I therefore became aware of “Jesus the Savior” early in my life and of course the promise of heaven through Jesus and Hell if you reject him.”

Nosipho had a difficult childhood and that made her to become very religious, “Growing up with a mother who was in and out of my life (as every time she had marital problems she would come back home and then after a period she went back to her husband), I started to have poor self-image issues and found it very difficult to relate to my peers as I somehow felt like a rejected person as I had no mother to guide me. So I had moments where I would try to find my identity independent of human beings and of course I had the belief in a “Jesus” or God who was the perfect father who would not disappoint me.”

Nosipho’s struggles continued in her teenage years: “I had some years from my early teens through to my late teens of being on and off with my being ‘born again’ and struggling with the challenges of being a teenager who was trying to discover herself as a woman. It was in 1997, when I was doing the last year of my three year tertiary education that I finally made the full “conversion.”

However Nosipho’s ‘full conversion’ took a toll on her education:

“I then poured out all my being into becoming a fervent “child of God.” I remember that at the time I was doing my third year, I was very determined to do well and score high grades, but unfortunately, when “Jesus” came, everything else took a second seat so much so that I dropped my grades even though I was able to pass.”

The experience did not deter or cause Nosipho to question her faith, instead it made her even more fervent and devout:

“When I say full conversion I mean that I decided that I was into it for good. I found a different church to join and became active, got baptized and devoted myself to the whole charismatic church business. I left my grandparents’ church as I felt they wasted time in mundane issues like not wearing this and that, instead of worrying about saving souls. That was a start of a very turbulent life I would live over the years. I always had a feeling of never being holy and obedient enough.  I came under so much pressure whenever I heard other “brethren” give testimony of how they were growing in the Lord and how they had overcome this and that. All the while, after so many years I knew myself to still be struggling with those challenges they seemed to have quickly overcome. I went through a period of depression and at some stage I concluded that I must be a devil’s child as I seemed not willing to let go of the “worldly” ways. It was a traumatic thing even for my family as they believed it was because of the church I had gone to, but for me I believed that I had to do better. But then I did meet some “pastor” who counseled me and managed to get me to tone down on wanting to be perfect as apparently God can forgive time and time again. So I remained a believer and started to have different views as I now thought of “God” more as a loving than a punitive person.”

However Nosipho’s quest for a more intimate relationship with god led her to make discoveries that awakened her to the omni-impotence of god and the illogic of god belief:

“It was last year in September as I was going through some phase of trying to have a deeper “relationship” with God and was now seeking to remove everything that could hinder me from getting into a more deeper relationship with God that I again realized that it just did not seem natural for God to be asking us to stop certain things in our lives but at the same time not even lift one finger to help us overcome them. That was when I started to do research and to differentiate for myself things that God would really expect from us as human and doctrines that human beings have invented.”

As she wrestled with her doubts, Nosipho tried using the knowledge of science to make sense of God’s existence at least as a passive creator:

“Of course I felt that the first place I could draw knowledge was from scientists whose studies were not influenced by religion. I just wanted to be able to say ‘God created us like this and so he would not come round and expect us to fight what he naturally put there’. To my greatest surprise, when I searched on the internet and googled my queries, I came across these websites that stated that Jesus was never a historical figure. That was the first time I came across a publication that talked about Jesus as having never existed. And for me, having spent the last 17 years of my life trying to attain that higher place where I would know that I hear from Jesus exactly as others used to claim. It was just a numbing shock. And as I searched further on the net, I had to admit that the only thing I knew about God was what someone told me about him and I knew that was the only reason I thought he existed. I therefore could find no reason to believe anymore as I understood that Christianity was just as fabricated as all other religions which I knew were mere human creations. I was in a confused state for only a short period because I could not explain what then I was as a human but then as I checked about the state that I was now in, I came across stories of people who wrote about how they made sense of their existence after deconverting and those also who had never been religious.”

After realizing that the god idea was a form of fiction, Nosipho had to contend with the issue of human origin:

“I was then interested in reading about evolution just to understand how far science had explained who we are and where we came from. I had of course always thought it ridiculous that they would suggest that humans were once primate and had always been confused as to what bones they have really uncovered to be saying that”.  Her readings about evolution reinforced her atheistic notions:

“Of course I am an atheist if that is the word I can use as I do not believe in any supernatural power or unseen power being in existence and I accept that we only take ourselves seriously because we are self-aware and in our ‘primitive’ minds we were not able to explain everything about what or who we are and how we came to be.”

One of the challenges atheists in Africa face is how to come out to their families. Many prefer not to disclose their atheism to their family members because of fear of being ostracized or maltreated. In her own case, Nosipho said: “Only a few of my close family members in the younger generation know. My mother and sister do not know nor my grandma who is now old. I have not informed most of my family and also we are no longer staying close to share our lives that much. And also most of them, even when I was a Christian, we still had a friendship that was not hindered by religion and so I have not really brought up this issue.”

Nosipho thinks that atheism could be of enormous benefit to blacks in South Africa: “Of course, rejecting religion with its superstitions and even the African type of beliefs would bring so much light into people’s lives.” She is of the view that in black South African communities, atheism would be helpful in freeing the people from “ignorance and fear that so much diminish the quality of life.” Nosipho objects to what she perceives as the intolerant attitude of some atheists and their lack of ‘tact in trying to win people over from being religious’. She faults the notion of some atheists who think that “without religion the world would suddenly all lighten up.” Though she agrees that “religion is such a waste of the precious limited time we have of being human.”

Though many sections of black South Africa are bubbling with religious fervor and mysticism, there is a wave of non-religiosity and unbelief sweeping across these communities. Individuals, like Nosipho, are part of this wave of change and transformation. One only needs to look beneath the charged surface of religiosity and theism to capture this undercurrent of atheist awakening in black South Africa.

This article was first published in Zambian Eye and was republished in the December 2015 edition of the IHEYO Youth Speak newsletter. Leo Igwe is a Nigerian Humanist and Human Rights advocate. He specialises in child witchcraft and has been documenting and campaigning against it. He is currently a PhD candidate at the Bayreuth International School of African Studies.