A Call for Legalisation of Abortion in Uganda

This paper was first presented at the Open Talk Debate on 10 October, 2015, at Fair Way Hotel, Kampala, Uganda, and republished in the December 2015 edition of the IHEYO Youth Speak newsletter. 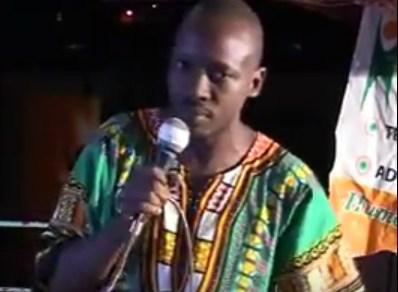 Kato Mukasa at an Open Talk Debate in Uganda

Abortion is one of the most sensitive and controversial topics today. Many women and girls continue to get rid of unwanted pregnancies in unsafe ways and get serious medical and psychological complications, and equally many lose their lives. Many women and girls use abortion as the illegal method of family planning.

KEY FACTS ABOUT ABORTION IN UGANDA

Except under special circumstances accorded to some women, abortion is illegal in Uganda, but common due to rampant unintended pregnancies. Over 775,000 women in Uganda become pregnant unintentionally every year. Over 297,000 illegal abortions are carried out in Uganda annually. Over 150,000 women in Uganda suffer from abortion-related complications annually. Many fear visiting the hospital thinking they might be arrested. The above figure is just the number which is recorded in the health facilities. There are many cases that undergo abortions and have died in the villages silently because of the stigma attached to it, and the constant victimization done by way of the colonial law which condemns abortion. Thus, there are high numbers of unregistered abortions.

Every day Mulago Hospital (a local hospital) receives 10-15 women suffering from abortion-related complications. Abortion is the fourth killer of women in Uganda and a total of 297,000 abortions are done every year, according to the United Nations Population Fund country representative. About 7,200 women die yearly, and more than 144,000 survive death, but develop serious complication in the process of giving life, including obstetrics fistula, according to UNFPA. In Uganda, every year about one million teenagers get pregnant, and 40 per cent of them resort to abortion, because they did not plan to have a child.

Ugandan law allows abortion under some circumstances, but laws and policies on abortion are unclear and are often interpreted inconsistently, making it difficult for women and the medical community to understand what is legally permitted.

The Ugandan Constitution states in Article 22 (2) on protection of life, that “No person has the right to terminate the life of an unborn child except as may be authorized by law.” This means that abortion is permitted if the procedure is authorised by law, but many of the medical workers cannot perform abortions because of failure to interpret the law.

Under the 2006 National Policy Guidelines and Service Standards for Sexual and Reproductive Health and Rights, pregnancy termination is permissible in cases of fetal anomaly, rape and incest, or if the woman has HIV.

According to the Penal Code, a doctor who thinks that an abortion is justified to save the life of the mother, must write to the director general of medical services in the health ministry, seeking approval to terminate the pregnancy, who also convenes a medical team to scrutinise the case. The bureaucratization of this process alongside a life in danger may be dangerous, as a medical doctor waits for an approval.

SOME FUNDAMENTAL QUESTIONS AROUND ABORTION

Many young girls suffer from obstetric fistula and obstructed labour often due to small size of the birth canal amongst these children. Many other young girls are suffering from sepsis gangrene, pyometia, pelvic inflammatory diseases, infertility, obstetric fistula, embolism, ectopic pregnancy, incomplete cervix and incomplete removal of products, just because government has failed to legalise abortion to be performed in hospitals by qualified medical workers.

Teenagers are at the forefront of carrying out abortions and HALEA has established that teenagers fear pregnancy, since teenage pregnancy contributes to loss of economic potential due to foreshortened education, lost opportunities and constrained life options.

Medical figures from Mulago Hospital (2014) indicate that, in Uganda, one in six women suffer severe morbidities – anaemia, infertility, pelvic pain and obstetric fistulas, which lead to ill health caused partly by deliveries and unsafe abortions carried out in rural areas. Recent studies have shown that the cost to the healthcare system of treating complications from unsafe abortion is $130 (Shs330,000) per patient.

Part of my idea of the way forward is a call to reason through the proposals I am making:

Being aware that abortion results from unplanned pregnancy, it therefore follows that preventing unintended pregnancy is a major step is preventing unsafe abortions. Can we therefore have condoms and other contraceptives readily available to young people in and outside school? Will the government and faith based schools allow teens and students access to contraceptives?

Can we think of legalizing safe abortion and thereby allowing qualified and certified medical practitioners to operate abortion clinics through which women will be given a choice to have safe abortions?

Can we give freedom to the man and woman (and girls) responsible for the fetus in question the right to decide on whether or not to keep the yet to be born, rather than having a law in place that forces them to make unwanted choices?

If we chose to save lives as many people have proposed, do we have foster families that will take care of the many unwanted babies in Uganda? Will the government be financially ready to start a welfare system in which the needy can be helped? Why should countries with welfare systems allow abortion clinics to exist? We have many children who go unloved and uncared for, is it not important that we started taking care of the already born than the yet to be born?

The assumption of the power to tell another human being what they can or cannot do with their bodies is a violation of a woman’s individual rights granted by our constitution. It is only fair that women be allowed to have control over their bodies. Men and women need to be empowered to make the best choices, to access contraceptives and to be able and ready to use them. They should also have the freedom to raise babies they can love and can take care of. Condom use and contraceptives is not just for women, men need to be empowered too and girls and boys below 18 should be allowed to access and use contraceptives once they start to be sexually active.

Let abortion be a choice and not a crime. Let young people be given a choice. Abortion is the best choice in cases where a woman (or girl) is raped, conceives through incest, still in school, or pursuing a career that cannot allow her to carry a pregnancy, when she is medically unable to have a child, or financially incapable of taking care of a pregnancy and a baby. In such a situation, safe abortion is the only remedy.

Kato Mukasa is a humanist, human rights activist and lawyer based in Kampala, Uganda. He is the Executive Director of HALEA and the Chair of the IHEYO Africa Working Group.