Humanism in the Philippines

The IHEU held its 2015 General Assembly in the Philippines, alongside the Philippine Atheist and Agnostic conference this year. Kevin Enriquez reflects on a country historically dominated by Catholicism, but where an implicitly humanist youth movement brings new hope.

This article first appeared in the December 2015 edition of the IHEYO Youth Speak newsletter. 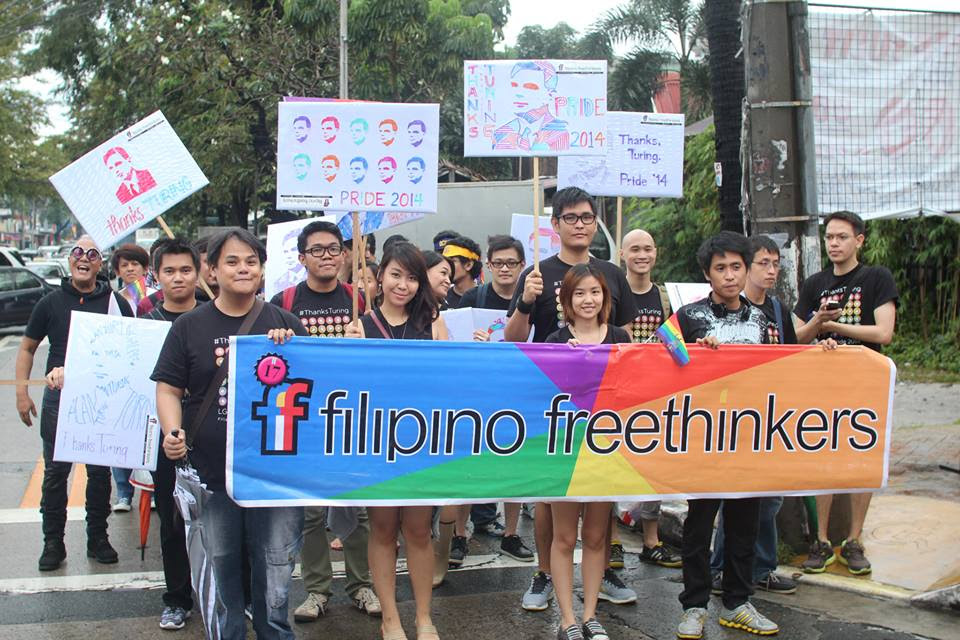 Talk about Humanism and the Philippines in one sentence, and you’ll probably find your audience looking at you as if you were crazy, either from the funny amusement that it is present in the Philippines, or the fact that the word “Humanism” itself is rarely heard here.

Understandably, one might find it difficult to imagine that Humanism could ever take root and flourish in a country where the majority of citizens prize doctrine and dogma over science and progress.

We’re a country where religion is elevated on a pedestal, and where the understanding of secularism is so broken, that a religious sect can invoke the separation of church and state to shield itself from justice. We have found ourselves in a scenario where some of the most powerful institutions in the country ask us to abandon the most feasible and progressive solutions, for faith-based ones.

Centuries of indoctrination and reliance on faith have robbed the people of the important fact that the solutions to the Philippines’ problems lies with us, the people.

However, the voices and actions of the youth and others have convinced me that the situation is not so bleak.

Freethinkers, atheists, rationalists; they come in many labels, and not all of them identify with, or even know of, Humanism. With different goals, ideologies, and stances on important issues, these groups rarely agree with each other. But when you think about it, the very presence of such diversity is just beautiful.

What makes it beautiful is that, despite all these differences and disagreements, one fact has become evident: they have started taking action, and discourse flows. Ranging from simple online discussions to marching in the streets, these groups are making themselves visible and heard in a way that was unimaginable just a few years ago, and all the more impressive with the youth now being an integral part of these movements.

If someone said a mere ten years ago that the citizens would come out in force, both online and in the streets, to challenge the all-powerful Catholic Church in the country, for reproductive health education and rights, they would’ve been called crazy. Now, that battle is being fought, albeit slowly and with great difficulty, and there is hope of emerging victorious.

No one can say for sure if it’s the advent of social media, unprecedented access to information because of the internet, improved education, or simply the changing of the times, but while not Humanism in name, it is clear that things have changed, and the people are slowly awakening with the realization that the solution to this country’s problems lie not in prayer or wishful thinking that tomorrow will be better, but in the hands of the people themselves.

Perhaps there is hope for Humanism in the Philippines after all.

Secular humanist and a freethinker, Kevin is a member of the Filipino Freethinkers, and currently serves as a member of IHEYO’s Asian Working Group.