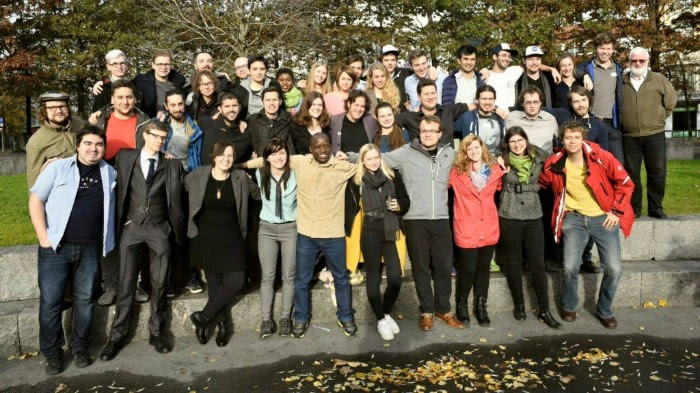 50 passionate Humanists from 15 different countries descended on Oslo on the 30th November. They came for IHEYO’s General Assembly to elect the new committee, discuss changes and connect with each other. For the first time, the weekend had representation from all four Working Groups: Asia, Africa, Europe and America.

Each agenda item was thoroughly discussed, followed by votes from member organisation representatives. IHEU Chief Executive Carl Blackburn energised attendants to keep up the good work with his speech and was available to provide advice, along with with IHEU Treasurer Roar Johnsen.

This year was marked by substantial IHEYO Committee growth in order to keep up with the growth of activities. There are 29 additional volunteers, who have joined 12 volunteers that either are staying on for a second term or were re-elected. This includes President Nicola Young Jackson, who has another year in her term. Anton van Dyck was newly elected as IHEYO’s Secretary and Remmelt Ellen as its Treasurer. The IHEYO publicity team was launched, with dedicated individuals taking up the positions of: Newsletter Editor, Graphic Designer, Webmaster, Social Media Officer and Charity Week Coordinator.

The Working Groups: Africa, The Americas, Asia and Europe are going to take on more responsibility. In addition to keeping in touch with members, they will be helping with fundraising, checking accounts and being more actively involved in supporting host organisations when arranging events. Three treasurers were elected to the Asian, American and European Working Group respectively. Each Working Group also elected for the first time General Committee Members to help in regional operations. Three Chairs stayed on for a second term. Sven Berg Ryen was succeeded by Ricardo Caliolio as Chair of the Asian Working Group after 4 years of effective stewardship.

The Advisory Board was expanded to include: Sven Berg Ryen, Uttam Niraula and Yvan Dheur Vrijghem.

Several important motions were accepted at the assembly, including

In between the serious business, there was time to relax during a cozy restaurant dinner, a group walk to climb Oslo Opera House’s roof and a spooky Halloween party with mysterious, black, eyeball cocktails.

The assembly was able to occur in Oslo thanks to the Norwegian Humanist Association kindly providing funds, office’s meeting room and hands on help throughout the weekend.

As the IHEYO community and its joint Humanist activities expand further across the globe, this will be another memorable moment to look back upon.