Creationism is dead in Iceland

0.0% of Icelanders aged 25 or younger believe that “God” created the world, according to a new poll.

The finding comes from a survey commissioned by the Icelandic Ethical Humanist Association,  Siðmennt, (an IHEU Member Organization).

The poll found that 93.9% of young Icelanders assent to the Big Bang theory. 6.1% weren’t sure, or had other ideas, and 0.0% of respondents believed in the literal Biblical creation of the universe by God.

While older Icelanders (80.6% of those over 55) identified as Christian, a significant 11.8% said they were atheists. Young people were much more closely balanced with 40.5% of 25-or-unders identifying atheist compared to 42% identifying Christian  (however, many identifying as Christian did not hold traditional Christian beliefs).

The poll has caused a significant stir in Iceland, with Siðmennt featuring on major TV stations, discussions on most popular news shows by the state broadcaster, and many radio stations.

While some viral media coverage has focused mainly on Creationism, the poll also asked questions about social attitudes and political views. As Siðmennt itself points out, “The survey results indicate that secular philosophies are rapidly gaining ground in Iceland. The national church has probably never been weaker and increasingly fewer Icelanders are in favor of government intervention on religion or belief.”

While pressure in recent years from Christian lobbyists has claimed that Iceland is “a Christian country”, this is “not in accordance with the position of the majority of Icelanders” which found that around 47% said they had “little or no part” in the officially established Evangelical Lutheran Church of Iceland and, “When asked if the provision for the established church belongs in the Constitution of Iceland 61% of those who answered did so in the negative.”

“The survey confirms the overall support for the separation of church and state,” said Siðmennt. Of those who gave a view favouring or opposing church state separation, over 72% favoured the secularist position of separation. ”

The survey also found dissatisfaction with state-funding of religious or belief groups, a “decisive” 69% in favor of religious neutrality in schools, and a majority wanted further reform of the way religious or belief identity is recorded; “60% want either for the state not to keep a record of people’s beliefs (29.9%) or that parents should register their children directly (29.6%)” without any automatic registration (since 2013 newborns have been automatically registered with the religion or belief of their parents if both shared their beliefs). Among young people the proportion in favour of reform on registration goes up to 90%. 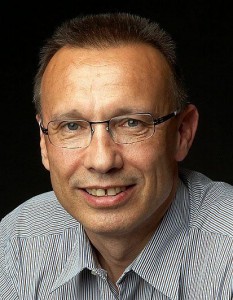 Siðmennt‘s Managing Director, Bjarni Jonsson, commenting on the shift especially among young people toward non-religious views and away from Creationism said:

“There are certainly many contributing factors. One is a school system that teaches science instead of such things as unsubstantiated theories of creation. A major factor in this change is most likely access to information. With the Internet, it takes only seconds to get information. The results of the survey suggest that secularization has occurred very quickly, especially among younger people. With increased education and broad-mindedness change can occur quickly.

“It should be emphasized that when people stop believing, it has no effect on morality. Young people today who reject faith seem to have a strong sense of ethics. Public discussion about human rights and responsibilities toward others, as evidenced in debates about refugee issues, is much more now than it was 20-30 years ago. The people in this age group (18-25 year olds), have been in the forefront of many prominent social movements and discussions that have been going on in Iceland in the last few years regarding human rights, feminism and equality.”

“Siðmennt are to be congratulated on commissioning this survey, for taking the initiative and proving that they represent the views of a growing number of people with broadly humanist views.

No one is suggesting that the majority should determine morality for everyone, of course, whether the majority align with humanism or with religion, or with secularism as against religious privilege. But what these findings do demonstrate is that in yet another European country the establishment of state churches, or the privileging of religion in general, is outdated and out of step with public opinion.”