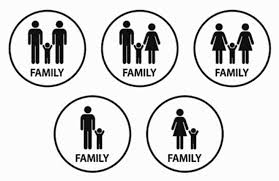 O’Casey made this call in the context of a report published by the UN Office of the High Commissioner for Human Rights following a resolution on ‘Protection of the Family’. She highlighted both the original resolution and a recent Citizens Initiative at the EU level as part of a movement to re-orient the human rights framework toward a traditionalist, conservative, and often religious understanding of sexuality.

We thank the UN Office of the High Commissioner for Human Rights (OHCHR) for its report on the protection of the family, pursuant to HRC resolution 29/22; it has proven to be an instructive reminder of a number of rights related to the family forgotten by the resolution itself.

We were grateful for the mention of the right to decide the number and spacing of children; which should be understood to support a woman’s ability to obtain necessary reproductive services, including safe, legal abortion care.

In line with this, we should like to draw attention to an EU Citizens’ Initiative, “Mum, Dad and Kids” which calls for an official EU definition of marriage and family which “reflects the universal reality of humanity – marriage between man and woman, and the bonds of father, mother, child.” This language echoes that of Resolution 29/22 which defines the family as the “natural and fundamental group unit of society”. Both use an erroneous naturalistic argument which supposes that this apparent ‘truth’ about ‘the family’ found in nature assumes some sort of moral duty as expressed through rights, towards that ‘family’.

The OHCHR’s report goes some way to address the resolution’s attempts to undermine the human rights mechanisms protecting LGBTI people and the right to sexual and reproductive autonomy of women. But we should see both resolution 22/29 and the recent Citizens’ Initiative as part of a movement to re-orient the human rights framework toward a traditionalist, conservative, and often religious understanding of sexuality, and continue to emphasise the universalism of rights for all in this Council, the very forum established to protect them.