Criticising yourself is hard, from my own experience. It is easy to pat yourself on your back while pointing your finger at someone else (doing it physically sounds harder…). Yet, it is constructive feedback that helps our movement improve morally. Tonight at 2:30 am, I’m going to give it a go.The Amsterdam Declaration 2002 is a splendid piece of writing that was amazingly agreed to by 123 national Humanist organisations.

It does not, however, contain any reference to animal rights (except for the vague quote “Humanism…recognises our dependence on and responsibility for the natural world”). Yet, they outnumber us by far.
​ 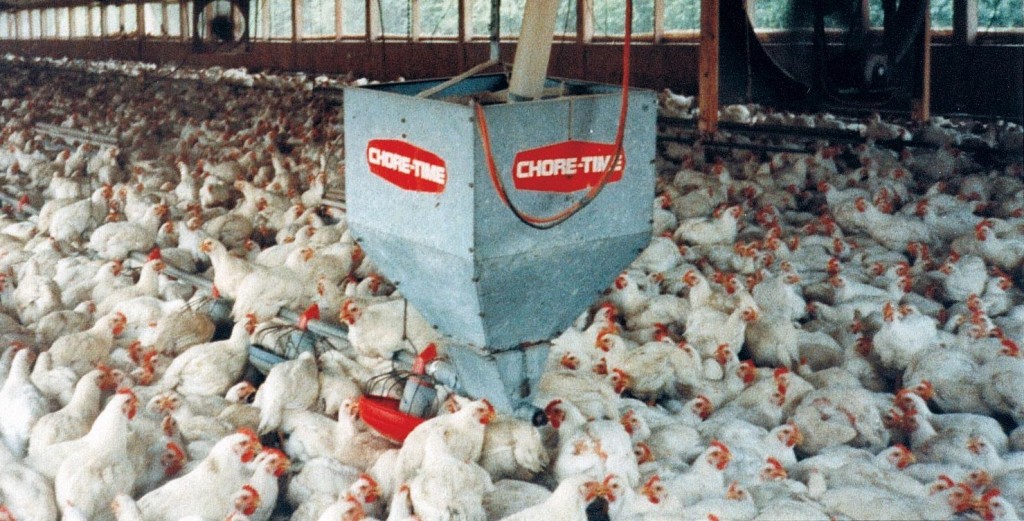 Over 8 billion farm animals die each year in the world – more than our human population – a majority after intensive factory farming techniques designed to efficiently raise, store and slaughter them. The broiler chickens aren’t the customers so – unlike their human counterparts – their needs are ignored and they get terrible living conditions.

By hardly mentioning animals in Humanist texts, I think we are de-emphasising their suffering. There is no clear dividing line between where the evolution of the ape ended and that of the human began. Likewise, pigs can be as sensitive and smart as any of our favourite household pets (or chimps for that matter) but the former ends up in our bacon and the latter as useful, spoiled companions. In this respect, Humanism still shares the human-centric notions (dare I say, dogma?) of traditional churches, where animals are mostly seen as tools for our ends.

Even if you don’t care much for animals, factory farming still impacts humans through
– the release of greenhouse gases like methane (25x as potent as CO2 over 100 years)
– pollutive animal waste (i.e. poo & pee) in our waterways (causing algal blooms)
– the spread of (antibiotic-resistant) diseases (e.g. bird/swine flu)
– the waste of land resources (beef-to-grain protein production ratio is 1:54).

Animal rights are rarely mentioned formally by Humanist organisations. Yet, there is a rising group of young Humanists who are either vegetarian or vegan – a quarter of participants of the European Summer Weekend last year were so. In that sense, I think this new generation is ahead of the times compared to those who wrote the Amsterdam Declaration in 2002. Do we need to keep it to brief spontaneous chats before conference meals?

Last year, I slowly weaned myself off meat. Now, I’m stuck at still eating cheese and other dairy products, which are all too tasty and convenient. I’ll try to improve myself.

It is my opinion that Humanists who advocate for science, human advancement, rationality, morality and the welfare of other beings cannot ignore this issue. Let’s keep improving.

Agree? Disagree? Let me know your reasons at [email protected]