India Turning into Nightmare for Minorities

India is widely known as the most populous democracy on earth. There are almost 1.3 billion people in India, of which about 17% (200 million) are Dalits (also widely referred to as “Untouchables”). About 14% (172 million) are Muslims. Sikhs and Christians respectively make up 2.35% and 1.7%. The 80% Hindu population, then, remains a clear majority across India as a whole. 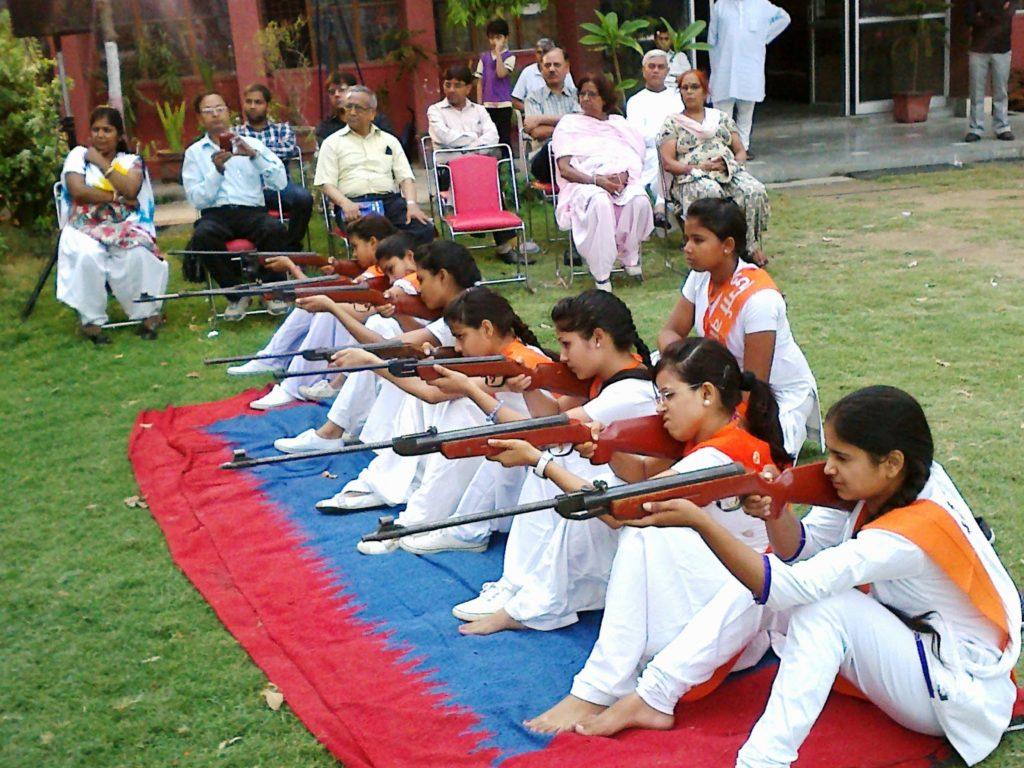 Yet many political religious groups are established in India to maintain and manipulate Hindu votes. Among the Hindu groups are Rastriya Swayamsevak Sangh, Shiv Sena, Durga Bahini, Gau rakshak Dal, Hindu Janajagriti Samiti, Sri ram Sena… and so on. The grip of these groups is strong, and the the tendency is toward forcing Hindu values on minority groups.

Some of these radical ‘activists’ are responsible for the torture and killing of thousands. Dalits, Muslims, Christians and rationalist have been terrorized. Christian groups claim that more than 600 known attacks have been taken place to Christians after current PM Mr. Modi, himself a Hindu nationalist, came to power in 2014.

The current ruling party, Bharatiya Janata Party (BJP) is fundamentally a Hindu ideology-based party. The BJP has been ‘playing the Hindu card’, radicalizing society, in an attempt to gain and hold political ground. Current prime minister Mr. Narendra Modi is a lifetime member of fundamentalist Hindu group called Rashtriya Swayamsevak Sangh (RSS). As a hardline paramilitary volunteer group, RSS pushes Hinduism as an ideology, supreme over all competing beliefs. RSS has established an intense base not even limited to Indian society but also well-established in Nepal. (Nepal is also predominantly a Hindu country.)

A life-long commitment to RSS ideology is fundamental to the political work of PM Narendra Modi. RSS campaigned for him. Modi believs RSS is the saviour of Hinduism. The singular mission of RSS is to conquer India under Hinduism.

There are several examples in India that RSS is in the process of changing the school textbooks, inserting dogmatic and pseudo-scientific religious content. The same fundamentalists are campaigning for banning films, books, festivals of minorities etc, which “offend” Hindu nationalist sentiments. The famous writer and lyricist Mr. Javed Akhtar argues that many Indian Hindu fundamentalist groups are behaving like Muslim extremist groups in the Middle East. He further claimed that an attack on freedom of expression is not a recent trend but it existed for long in India.

Hinduism has long been associated with the segregationist idea of “caste”, and in particular the dehumanizing practice of “untouchability”. Under this system, human beings (even though they share the religion of Hinduism) are treated as ‘untouchable’, of less inherent value than a cow! People of so-called lower castes are forbidden from touching so-called upper caste individuals. If they do, they may find themselves at the sharp end of religious law (a Hindu equivalent of Sharia) which meters out punishment to the ‘lower castes’. The Law is based on a Hindu cult called Manuvada, detailed in the ‘holy book’ of Manusmriti, which gives instruction on the upholding of the caste system. Even in ‘modern India’, many Hindu fundamentalists act to promote and enforce the case system in accordance with Manusmriti.

When Bhimrao Ramji Ambedkar wrote the modern constitution of India, following independence from British Raj in 1947, he clearly rejected discrimination on the basis of caste system. Ambedkar himself had come from the Dalit community, and it was only his ‘luck’ that the British gave him an opportunity to study law overseas — otherwise, it was against the Manusmriti for Dalits to read and write. Ambedkar shared many stories about how he was discriminated against in India even while he was drafting the constitution as a senior commissioner. In later life, he gave up Hinduism and converted to Buddhism, distancing himself further from the deep-rooted caste system. 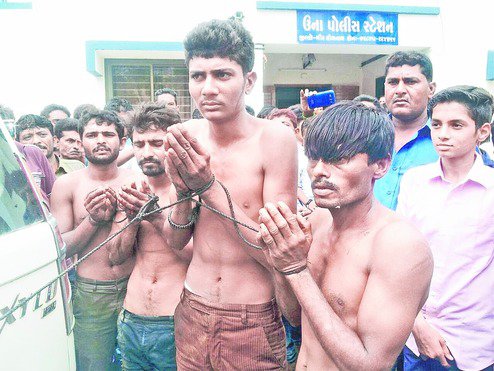 India’s constitution is now 66 years old. Yet even today, the situation for many Dalits remains unchanged. Hindu fundamentalists are aggressively persecuting Dalits.

Last month, two Dalits were forced to eat cow dung and urine as a punishment to delivering beef to Mumbai. They were chased for 7 KM by local mob. Then they were forced to eat about 5 KG of cow dung each, and physically tortured. These cases are the only the glimpses of what is happening in India. Millions of minority people are living under threat every day.

Dalits are not the only group to be marginalised and attacked.

In 2013, famous rationalist and campaigner Dr. Narendra Debolkar was brutally murdered by suspected Hinduist radicals, just as his work campaigning for secularism and against religious superstition were bearing political fruit. His only crime was to expose superstitions. Indian police suspect the involvement of Hindu Jana Jagriti Samiti (a fundamentalist group).

Left-wing politician and rationalist Govind Pansare was gunned down in February 2015, and another famous rationalist and acaedemic, M.M. Kalburgi (78) was similarly targeted in August 2015.

And the Muslim minority is treated brutally. Many have been forced to convert to Hinduism; some have been burnt alive for supposedly consuming beef.  In March 2016, Muhammad Majloom (35) and Azad Khan (15) were hanged to death from a tree in Jharkhand state, India, by a Hindu mob. Responding to the death, the Muslim leader of Jharkhand said that cows were safer than Muslims in India. In April 2016 another two young Muslim men, Md. Farooque (22) and Md. Sadam (23) were returning home after college when a local Hindu group physically attacked and killed them in Manipur state. Earlier this year, Mohammed Akhlaq was brutally killed by local Hindu people doubting that his daughter might have brought beef for dinner. A mob dragged him out of his own house and brutally attacked him and his family members before he was hacked to death. Akhlaq’s mother (76) had also been brutally attacked by the same group in 2015.

PM Modi himself came to rise despite his alleged involvement in Gujarat Muslim ‘cleansing’. Almost 2000 Muslims were killed in Gujarat under his rule. His role in the massacre was so widely suspected in fact that he was banned from entering the USA, until his electoral victory in 2014.

Yet with Dalits, rationalists and Muslims all being targeted, the government has usually failed to speak out against such crimes. Journalist W.M. Afzal Khan explains the government silence on Hindu radicalism against Muslims, arguing that government inaction is designed to tacitly encourage Hindu fanatics to feel emboldened, to organize themselves, and to act with increasing viciousness.

Hindu leaders have a high-level of access to the current Indian government. They are treated as state advisors and guests. Meanwhile, some BJP leaders are openly welcoming attacks to minorities. BJP parliamentarian Mr. Raja Singh has openly thanked those extremists via his Facebook post who are ‘punishing’ beef eaters and Dalits.

It is time for humanists – and anyone truly concerned with human rights throughout the world – to pressure the Indian government to respect freedom of belief, to end ‘caste’ discrimination, and to promote tolerance of minorities, including the rationalists depicted as ‘the enemy’ by too many ascendant Hindu nationalists.

Uttam Niraula is a Board member of the International Humanist and Ethical Union, and Executive Director of the Society for Humanism (SOCH) Nepal.