IHEU speaks up for brave Mauritanian anti-slavery campaigners, at UN

In a statement officially supported by the Initiative for the Resurgence of the Abolitionist Movement in Mauritania (IRA-Maritanie), the International Humanist and Ethical Union once again drew the UN Human Rights Council’s attention to the situation of anti-slavery activists in Mauritania. 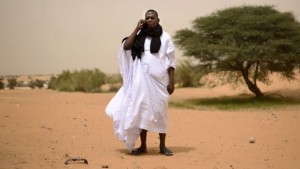 In the context of a discussion on arbitrary detention and contemporary form of slavery, amongst a number of other human rights issues, IHEU director of advocacy, Elizabeth O’Casey, called for the “immediate and unconditional release of imprisoned anti-slavery activists,” for the authorities to stop their “clampdown on the anti-slavery movement”, and for the “immediate scrapping of the apostasy law” in Mauritania.

Mauritania has the highest prevalence of slavery in the world. Yet, those seeking to speak out on the issue are imprisoned and silenced.

Commenting on the situation, O’Casey said, “What is particularly egregious, as we have noted before, is not only the complete denial of the basic rights to assembly, association and expression for these anti-slavery activists, but that this denial is against people seeking to exercise these rights in order to highlight and improve the rights situation of enslaved people in Mauritania – people denied their right to autonomy, full freedom and land rights.

“The work of those speaking out against slavery in the country, people like Biram Dah Abeid and Cheikh Ould Mohamed M’kheiti and the crucial role they play in holding the government to account in terms of its human rights obligations, is invaluable. We have to continue raising awareness about the situation, sadly is does not get enough.”

O’Casey’s statement follows below, in full:

We thank the working group on arbitrary detention for their report. We were pleased to read that Mauritania expressed interest in a follow-up visit to the country, especially given recent events.

A reminder: Between 30 June and 3 July, 13 anti-slavery activists were arrested following riots – which the government attributed to IRA-Mauritania (Initiative for the Resurgence of the Abolitionist Movement) members without any proof. The 13 activists have been sentenced to between 3 and 15 years in prison following an irregular trial. This follows years of arbitrary arrests detailed in previous written and oral statements.

The current developments are particularly worrying due to the intersection with another concern of a thematic report under Item 3: Contemporary forms of slavery. There are over 155,000 people trapped in modern slavery in Mauritania. This makes it the country with the highest prevalence of slavery in the world. Despite outlawing slavery three times and making it a criminal offence in 2007, the Mauritanian Government has failed to genuinely tackle the problem.

And it is not just an unsavoury combination of arbitrary detention and contemporary forms of slavery at issue here, but violations of the right to freedom of expression, religion and belief also.

IRA-Mauritania leader, Biram Dah Abeid was arrested and jailed for several months last year, for apostasy after burning legal texts, relied upon by authorities, because they contained interpretations of Islam that uphold and encourage slavery.

Whilst the detainment of anti-racism campaigner and blogger, Cheikh Ould Mohamed M’kheitir, a man who has already spent years in jail and remains threatened with state-sanctioned execution for criticising the misuse of Islam to excuse slavery, continues despite his recanting.