Exciting times as staff posts filled at the IHEU

The International Humanist and Ethical Union is pleased to announce the appointment of Gary McLelland to the position of Chief Executive and Giovanni Gaetani to the new post of Growth and Development Officer. 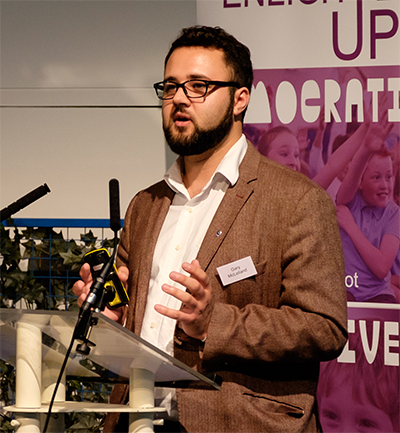 Gary McLelland is the current Head of Communications and Public Affairs at Humanist Society Scotland, and a Director of the European Humanist Federation.

IHEU President Andrew Copson says: “I am delighted to welcome Gary to the position of IHEU Chief Executive. Gary will be known to many of you through his work at the Humanist Society of Scotland and the European Humanist Federation. He is an experienced manager and dynamic leader who has led organisations and supported them to grow and develop.

“Gary will be building on the excellent work of our current Chief Executive, Carl Blackburn, who has set in place strong systems and funding for the growth and development of IHEU. In the little over a year he has been in post, Carl has put IHEU’s administration on a firm footing, created new strategic and fundraising plans and has brought in major funding that is taking IHEU to the next level. He leaves with the thanks of all the Board for his substantial contribution to the professionalization and improvement of IHEU.

“I hope you will all join me in thanking Carl, and in giving Gary a very warm welcome to the post of IHEU CEO”.

Gary has many years’ experience within the humanist movement. He has a background in international development, and has worked for a global leadership training programme based in the Mercy Corps European Headquarters.

Gary has also previously delivered project work in Kenya and Malawi, and has policy development and service delivery experience in the UK public sector.

Gary will be taking up the CEO post in February 2017. Carl will remain in post until then to ensure a smooth transition. 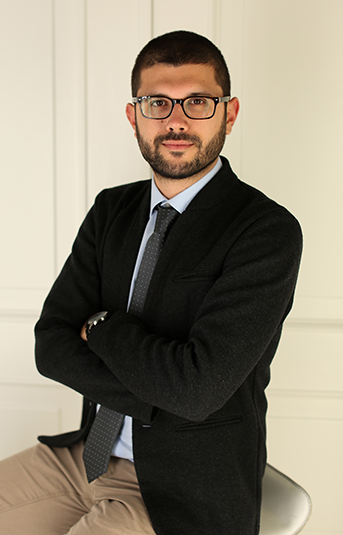 In addition to the new Chief Executive, we are delighted to announce that we have appointed Giovanni Gaetani to the post of Growth and Development Officer.

This is a completely new post that will help drive and promote IHEU’s growth, particularly in Latin America, Africa and Asia.

Giovanni is an active member of IHEU Member Organization UAAR (Italian Union of Rationalist Atheists and Agnostics), and will be moving from Italy to London to take up the post in January 2017.

IHEU President Andrew Copson says: “This is a really positive appointment for IHEU. Giovanni has the knowledge, drive and enthusiasm to massively increase IHEU’s presence in those parts of the world where we are currently under-represented. As well as his organisational abilities, Giovanni also speaks 5 different languages, which will be a real bonus for IHEU and our work with individuals and local groups”.

Giovanni will be starting work as IHEU Growth and Development Officer at the end of January 2017.