Amsterdam Declaration now available in 6 UN languages – and a further 6! 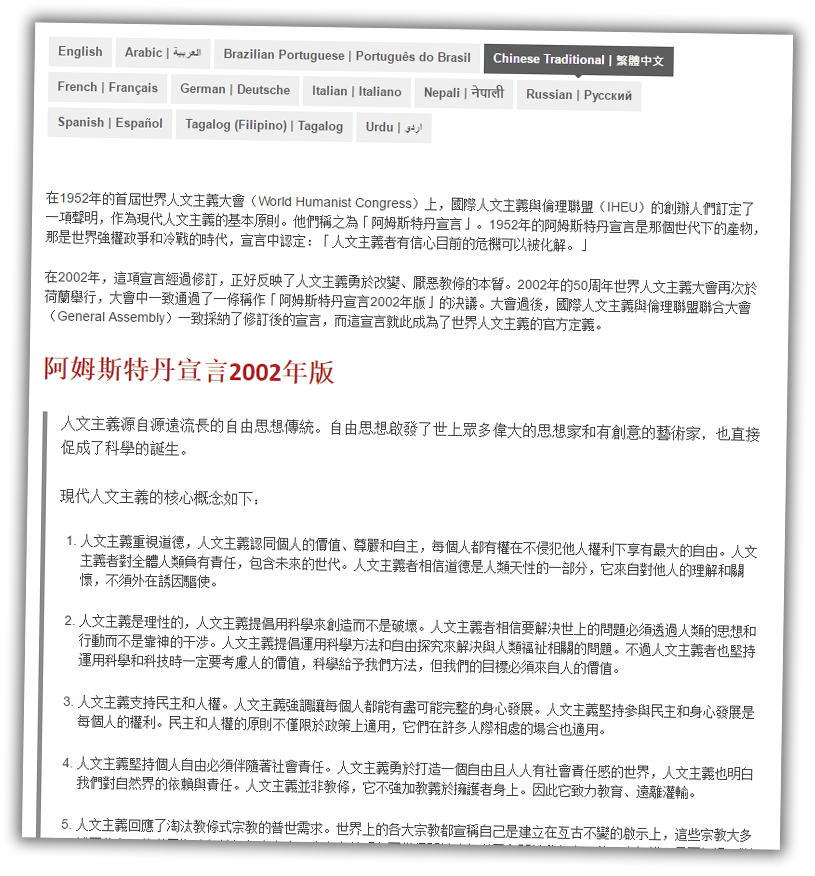 The Amsterdam Declaration is now available in 12 languages, all together on the same “Rosetta” page at iheu.org/humanism/the-amsterdam-declaration/

It is with great pleasure that the International Humanist and Ethical Union (IHEU) announces the publication of three new translations of the Amsterdam Declaration 2002 this month, in addition to several new translations created in the past year.

The addition of French, Italian, and Spanish versions of the Declaration completes the six UN languages: Arabic, Chinese, English, French, Russian and Spanish, and the Declaration is also available in other widely-spoken and strategically important languages: German, Brazilian Portuguese, Nepali, Tagalog (Filipino) and Urdu.

Andrew Copson, President of the International Humanist and Ethical Union (IHEU), stresses the importance of this work: “At a time of great threat to the values humanists hold dear, this is a rare piece of good news. With these new translations the defining statement of modern Humanism can now be understood in a first language by more than 4 billion people all over the world.”

The IHEU continues to seek volunteers to draft and check translations in other languages. To join the project please email [email protected] with your language skills and experience.