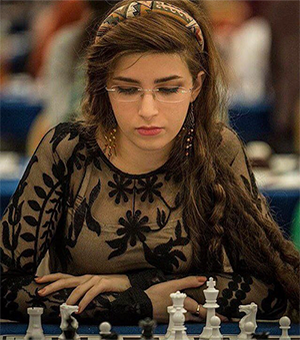 Two young chess champions have been banned from representing the national team of their home country, Iran.

Dorsa Derakhshani (18) competed at the Tradewise Gibraltar Chess Festival (23 January to 2 February, 2017). Despite being abroad, Dorsa was dismissed by the Iranian National Chess Team for declining to cover her hair at the international tournament. Wearing a head scarf has been compulsory in Iran since the 1979 Islamic Revolution.

Iranian religious police in Iran routinely detain women for wearing bright clothes, make-up, or “bad jihab”. Men can also be harassed for “unacceptable” hairstyles or dress. Young people have been arrested for dancing or making videos flouting conservative dictates, and establishments such as cafes or barber shops may be shut down for failing to comply with anti-western or religious norms. 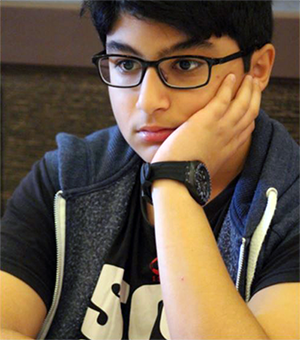 Her brother, Borna Derakhshani (15) was also banned, for facing a player from Israel at the same tournament. Many Iranian sports competitors refuse to face Israeli competitors, either citing circumstances (for example temporary injuries) to avoid the match, or making an explicit protest against oppression in Palestine. However, Iranian opposition to Israel goes much deeper than protesting Israel’s part in the conflict: Iran does not formally recognize the state of Israel, and for a state’s authorities to effectively enforce protest against individual competitors at international competitions is unusual.

The ban on both Derakhshani siblings was announced by the head of the Iranian Chess Federation, Mehrdad Pahlevanzadeh, on Sunday (19 February). Pahlevanzadeh said: “As a first step, these two will be denied entry to all tournaments taking place in Iran, and, in the name of Iran, they will no longer be allowed the opportunity to be present on the national team.” He said the Pahlevanzadehs were hurting Iranian national interests and “Our national interests have priority over everything and we have reported this position to the Ministry of Sports. … for those who have violated our principles and ideals, there will be no leniency.”

“It can seem strange sometimes to focus on relatively minor matters when there is so much wrong with the Iranian regime, and so much else wrong in the world. However, some symbolic acts stand out as indicative of the larger problem. In the name of spurious ‘national interests’, ‘religion’ or ‘tradition’, the government of Iran has gone down a path of enforced ideology and massive restrictions on personal liberties, including: compulsion in religion or belief, enforced conservative dress codes for women and girls, and a policy on Israel that is sustained by blatant anti-Jewish bigotry and which is so restrictive that the state forces its position on every sports competitor.

“Dorsa and Borna are already sportspeople of excellence. And for defying coercion and resisting bigotry they are true champions. They represent the right to think and act for yourself, and we applaud their courageous and principled stand.”