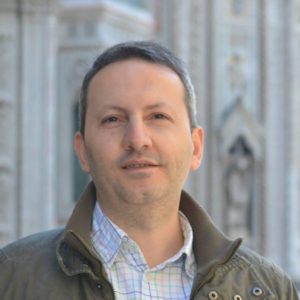 An Iranian professor who studied and worked internationally has been sentenced to death in Iran for unknown crimes, without a public trial.

Humanists, human rights groups and officials in Europe have condemned the unfair process and the horrific sentence, which could be carried out within a matter of weeks.

Prior to his arrest, Professor Ahmadreza Djalali (45) worked with the Free University of Brussels, Vrije Universiteit Brussel (VUB), which has close ties with IHEU Member Organization deMens.nu.

According to reports, Djalali was visiting family in the country of his birth, Iran, in April last year, when he was arrested by security forces and accused of “collaborating with scientists from hostile nations”. Last week he was sentenced to death as a matter of “national security”.

The nature of the alleged offences are unknown. Djalali’s expertise are in emergency medical treatment. There has been no public trial and no evidence presented against him. Djalali was denied access to a lawyer and has reportedly spent at least seven months in solitary confinement. He has been on hunger strike and suffered medical complications. He has been able to make contact only via a brief phone call once a fortnight.

Having previously studied in Sweden, at the beginning of 2016 Djalali was working as a medical doctor for a research group connected to the VUB and the HPO University Navaro, Italy. He worked on issues around emergency medical treatment.

At the request of his family, reportedly in order not to provoke the Iranian regime regarding his arrest, the nature of Djalali’s disappearance from academic life had previously been explained as a medical condition. However, late last year and following the sentence, family and colleagues have gone public with his unjust detention.

Djalali’s wife and two children (5 and 14) have not seen him since last April. Their petition on Change.org against Djalali’s detention and death sentence has over 77,000 names at present.

Professor Ives Hubloue (VUB) leads the European Masters programme where Djalali teaches. “Our course is internationally acclaimed. Doctors from around the world come in training with us. There are regular doctors to be from countries like the United States, Saudi Arabia and Israel. “

Rector of VUB, Caroline Pauwels, said: “This is a grave violation of universal human rights which we must sharply oppose.”

Andrew Copson, president of the International Humanist and Ethical Union (IHEU) said: “By all accounts Djalali is a humanitarian, whose life’s work has been aimed at medical benefit for the public good. Iran’s mistreatment and unjust processes in this case are shocking, not least the death sentence to which we vehemently object. No evidence of any actual crime has been presented and the international norms of fair trial and due process have been abandoned. Ahmadreza Djalali must be pardoned and released.”

The risk to Professor Djalali’s life is extreme. Iran imposed the death penalty on at least 977 people in 2015 (this is a conservative estimate based on public reports).