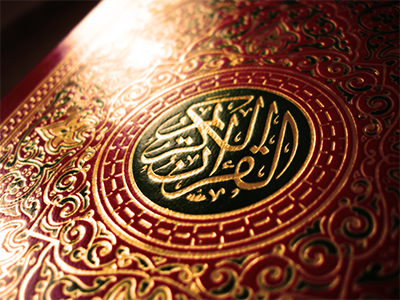 Denmark is reactivating it’s ‘blasphemy’ law, for the first time in 46 years, charging a man for posting a video of himself burning a copy of the Quran.

The accused (aged 42) posted the video clip entitled “Consider your neighbour: it stinks when it burns” to a Facebook group called “YES TO FREEDOM – NO TO ISLAM” (“JA TIL FRIHED – NEJ TIL ISLAM“) in December 2015.

A spokesperson from the public prosecutor’s office in Viborg said: “It is the prosecution’s view that circumstances involving the burning of holy books such as the Bible and the Quran can in some cases be a violation of the blasphemy clause, which covers public scorn or mockery of religion.” The case will now be heard in court at Aalborg, and if found guilty the accused could face a prison sentence, though prosecutors say they will probably ask for a fine.

“We condemn the use of ‘blasphemy’ laws in all circumstances. Around the world, accusations of ‘blasphemy’ can spark mass protests, the harassment of individuals, or even murder. ‘Blasphemy’ is a bizarre, fictitious notion as a crime and has no place in courts of law anywhere in the world.

“In Europe, since the Charlie Hebdo massacre, three countries have abolished their ‘blasphemy’ laws: Iceland, Norway and Malta. Denmark remains among the handful of European countries still to have a ‘blasphemy’ law on the books, and to start using it again now flies in the face of hard-won progress.

“The accused in this case is not a sympathetic figure and his actions may have be borne of bigotry. But the prosecutors here are spreading the toxic notion that governments should criminalize sacrilege, and should decide that some symbolic acts against religion as such should be suppressed and punishable. This is a regressive, outrageous violation of free expression.

“The answer to anti-Muslim bigotry, when that is what is going on, is education and understanding and dialogue. The answer is emphatically not to resurrect the state policing of religious acts and language.”

The Danish Humanist Society, Humanistisk Samfund, said the use of the ‘blasphemy’ law was “scandalous” and that “Legislation should protect  the individual freedom of speech and individuals against hate-speech and hate-crimes. Hateful and critical utterances directed at ideas, religions and ideologies should be fought with words and debate.” Lone Ree Milkær, chairperson of the Danish Humanist Society, said:

“Denmark should abolish the blasphemy law. We have freedom of religion and belief and it makes no sense to have a special protection of religions or worship. Imagine that we protected ideologies in the same way. In a secular democracy we should be able to tolerate utterances (and actions with no victims) that we dislike or disagree with and we should argue against them instead of punishing by law.”

Lone Ree Milkær spoke at the United Nations in Geneva last year, on behalf of the Danish Humanist Society and IHEU, as a guest of the IHEU delegation. She urged Denmark to abolish the ‘blasphemy’ law, citing Denmark’s “international responsibility to be at the forefront in promoting and protecting the right to freedom of expression”. She also noted that ‘hate speech’ as such was already covered in the penal code, and that that ‘blasphemy’ laws around the world are used to persecute minorities.

IHEU and the Danish Humanist Society are among the partners in the End Blasphemy Laws campaign.